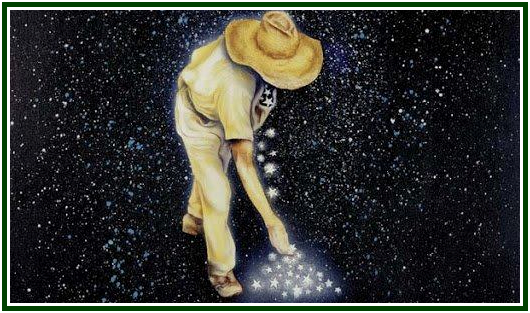 “Wherever there is no conception of
infinity, or love for infinity, there is no religion.”
Eclectic philosopher Victor Cousin was one of the first thinkers to open the doors of Western culture to the Eastern philosophies [1], and to acknowledge the fact that philosophy did not start in Greece, but much earlier.
He seems to have contributed to the publication of Eastern works which influenced Ralph Waldo Emerson and other transcendentalists in the United States.
At the beginning of 19th century, Victor Cousin delivered a course entitled “On the True, the Beautiful and the Good”. He examined during the event the relation of human beings to Infinity, and said that the notions of  goodness,  beauty and  truthfulness are bridges through  which we make a contact  with infinity.[2]
Cousin wrote:
“The Self, nature and the absolute are the three elements of intellectual life.”
He added:
“There is no thought without the finite SELF and the NOT-SELF, id est, without a duality on the level of phenomena, and without an infinite substance that gives them the conditions for them to exist.”
According to Cousin, one must remember that every Finite object exists in Infinity. Everything Finite emerges from Infinity and will come back to Infinity sooner or later.
The planet Earth and each human being inevitably live in Infinity. Unlimited Space and Time include us. They permeate our consciousness and surround us. The Absolute Infinity investigated by Cousin corresponds to the Parabrahm of Eastern philosophies and theosophy.
According to the French thinker, the three famous issues of ancient Greek philosophy – the good, the beautiful and the true – are external aspects of Infinity. He says that infinity is a basic need of human beings and is present in invisible ways – symbolically or as a potentiality – in that which is good, true and beautiful.
Cousin writes:
“Love and reason constitute human life, and they also constitute religion and art, which are expressions of life. I explain: reason conceives infinity; love aspires for infinity; and what can religion have beyond this? Wherever there is no conception of infinity, or love for infinity, there is no religion.(…) Religion is a look toward infinity, cast from the heart of the finite; and Art is the reproduction of infinity, through the finite.” [3]
Infinity cannot be found in the external and tridimensional world. Whatever is good, beautiful and true in the world can only point out to and symbolize the Unlimited. Infinity must be investigated by turning one’s attention toward the inner world.
A starry sky at night may suggest to us the universal infinity of all space and time; yet the infinite will have to be found through the vision of the soul.
NOTES:
[1] G. W. Leibniz (1646-1716) was another one. At the end of his life, Leibniz wrote extensively on Chinese philosophy and religion, defending it.
[2] “Du Vrai, Du Beau et tu Bien”, in “Oeuvres de Victor Cousin”, Société Belge de Librairie, Haufman et Co., Bruxelles, 1840, three large volumes. See Tome I, 526 pp., p. 373. The lectures of the course were delivered from 1815 to 1818.
[3] “Du Vrai, Du Beau et tu Bien”, 1840, Tome I, see p. 378.
000
On the role of the esoteric movement in the ethical awakening of mankind during the 21st century, see the book “The Fire and Light of Theosophical Literature”, by Carlos Cardoso Aveline.