Widening the Horizons of Philosophical Study
The Editors 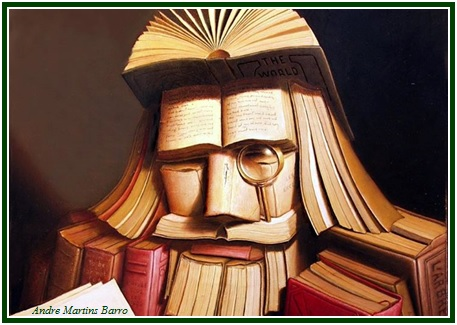 Books and libraries play a central role in the theosophical effort. Research is a fundamental aspect of the learning process for every student of theosophy.
Our associated websites have thousands of texts and dozens of books in several languages. These online libraries can be visited anywhere in the world, 24 hours a day.
In order to help readers and researchers, we have two online bookshops which are part of the larger editorial work coordinated in English by “E-Theosophy” and “The Aquarian Theosophist”.
Selling books in English and Portuguese, one of the online bookshops operates from Portugal:
1) Raja Yoga Books
Website: www.rajayogabooks.com
On Facebook: https://www.facebook.com/RajaYogaBooks/
And this is our bookshop operating in Brazil, and mostly in Portuguese language:
2) BH Livros
Website: www.estantevirtual.com.br/bhlivros
On Facebook: www.facebook.com/BHLivros/
Readers and researchers are invited to visit our bookshops, see their catalogs and share them with friends.
000
Click to see in our associated websites the texts “The Importance of Esoteric Libraries” and “The Magnetic Influence of Books”.
000
On the role of the esoteric movement in the ethical awakening of mankind during the 21st century, see the book “The Fire and Light of Theosophical Literature”, by Carlos Cardoso Aveline.