A Lecture by Musonius, the Stoic of Ancient Rome
Musonius Rufus 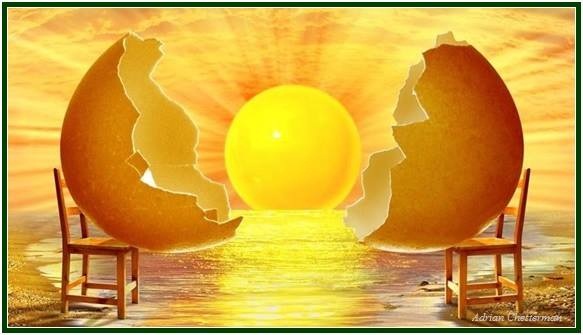 Editorial Note:
There are four great Stoic philosophers of ancient Rome, whose lessons are especially significant in the 21st century. Three of them are well-known and their writings can be found in good bookshops around the world: Lucius Seneca, Marcus Aurelius, and Epictetus. The fourth one, however – Musonius Rufus (28? – 100 or 102, C.E.) – is still little known. Yet he is as great as any Stoic could be.
Helena P. Blavatsky quotes Epictetus several times in her writings; and Epictetus is one of the best known disciples of Musonius.  He adopted the same pedagogical method and followed the steps of Musonius in concentrating his attention on ethics, or “right living”.
Musonius’ teachings certainly belong in any theosophical library. The following transcription is taken from a work that is available online. [1] Another version of the same transcription is included in a little-known book. [2] Original title of the online version: “That One Should Disdain Hardships”.
(Carlos Cardoso Aveline)
NOTES:
[1] Link: https://sites.google.com/site/thestoiclife/the_teachers/musonius-rufus. See Lecture 7.
[2] “Musonius Rufus”, translated by Cynthia King, with a preface by William B. Ervine, CreateSpace, Lexington, KY, USA, 2011, copyright 2010, 101 pp., see pp. 38-39. Another good book is “Musonius Rufus and Education in the Good Life”, J. T. Dillon, University Press of America, Dallas, Lanham, Boulder, New York, Oxford, 2004, 101 pp.
Why One Should Disdain Hardships
Musonius Rufus
In order to support more easily and more cheerfully those hardships which we may expect to suffer in behalf of virtue and goodness, it is useful to recall what hardships people will endure for unworthy ends.
Thus for example consider what intemperate lovers undergo for the sake of evil desires, and how much exertion others expend for the sake of making profit, and how much suffering those who are pursuing fame endure, and bear in mind that all of these people submit to all kinds of toil and hardship voluntarily. Is it not then monstrous that they for no honorable reward endure such things, while we for the sake of the ideal good – that is not only the avoidance of evil such as wrecks our lives, but also the acquisition of virtue, which we may call the provider of all goods – are not ready to bear every hardship?
And yet would not anyone admit how much better it is, in place of exerting oneself to win someone else’s wife, to exert oneself to discipline one’s desires; in place of enduring hardships for the sake of money, to train oneself to want little; instead of giving oneself trouble about getting notoriety, to give oneself trouble how not to thirst for notoriety; instead of trying to find a way to injure an envied person, to inquire how not to envy anyone; and instead of slaving, as sycophants do, to win false friends, to undergo suffering in order to possess true friends?
Now, since, in general, toil and hardship are a necessity for all men, both for those who seek the better ends and for those who seek the worse, it is preposterous that those who are pursuing the better are not much more eager in their efforts than those for whom there is small hope of reward for all their pains.
Yet when we see acrobats face without concern their difficult tasks and risk their very lives in performing them, turning somersaults over up-turned swords or walking ropes set at a great height or flying through the air like birds, where one misstep means death, all of which they do for a miserably small recompense, shall we not be ready to endure hardship for the sake of complete happiness? For surely there is no other end in becoming good than to become happy and to live happily for the remainder of our lives.
One might reasonably reflect upon characteristics even of certain animals which are very well calculated to shame us into endurance of hardships. At all events, cocks and quails, although they have no understanding of virtue as man has and know neither the good nor the just and strive for none of these things, nevertheless fight against each other and even when maimed stand up and endure until death so as not to submit the one to the other.
How much more fitting, then, it is that we stand firm and endure, when we know that we are suffering for some good purpose, either to help our friends or to benefit our city, or to defend our wives and children, or, best and most imperative, to become good and just and self-controlled, a state which no man achieves without hardships.
And so it remains for me to say that the man who is unwilling to exert himself almost always convicts himself as unworthy of good, since “we gain every good by toil.”
These words and others like them Musonius then spoke, exhorting and urging his listeners to look upon hardship with disdain.
000
The above text is reproduced from “The Aquarian Theosophist”, November 2012 edition.
000
In September 2016, after a careful analysis of the state of the esoteric movement worldwide, a group of students decided to form the Independent Lodge of Theosophists, whose priorities include the building of a better future in the different dimensions of life.
000