Looking at the Practical Side of Compassion
Carlos Cardoso Aveline 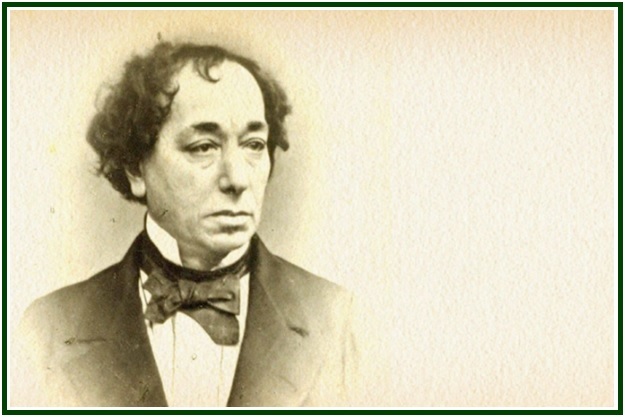 Benjamin Disraeli (1804-1881)
Every political crisis has moral roots, and the foundations of good sense and mutual understanding are also moral.
The sources of conflict must be found at the human soul, just as the essential substance of peace and justice. The process of social decay starts in the minds, then gets to the social behaviour – and spreads. The philosophy of selfishness destroys nations from within. If there is no clear social contract, conflict and misunderstanding are unavoidable. One can see this in every department of life nowadays.
There is on the surface a marked moral decline in Politics. Social and institutional life is becoming liquid, as Zygmunt Bauman wrote. Human action is getting more astral and less physical. It becomes subtler and more complex. Dogmatic ethics, based on formal obedience, works no longer.
The fact that social structures become ‘formless’ or flexible like a liquid does not mean that moral decay is the only thing one can see in the process. As blind obedience disappears, challenges multiply and a new sun rises. Transcendent, deeper forms of moral commitment are quietly in the making which will give authenticity to politics and social life again. In order to avoid desperation, healthy central goals are needed which people can share. Communities must have long term common projects.  How to achieve that?  The lessons for the future will be found in the past.
The guiding principle of universal compassion, for instance, is present in Benjamin Disraeli’s philosophy of “One Nation” [1]. In the 19th century, looking at a society divided between extreme poverty and indifferent members of the elite, the twice Prime Minister of the UK taught unity and solidarity.
Disraeli’s humanistic philosophy of communion and mutual help constitutes a much needed lesson in blind materialistic societies. Its basic idea, good will among different social classes, is an instrument of survival in the 21st century, as in all time. The same fundamental principle will be found in such diverse thinkers as Leo Tolstoy, Theodor Herzl, Mahatma Gandhi, Vinoba Bhave, Francis Hutcheson, Pitirim A. Sorokin, Helena P. Blavatsky, Bachya ibn Paquda [2], Charles Dickens and Fyodor Dostoevsky, among others.
Those who aim at a better future know that they must be cautious and vigilant in order to overcome the numerous challenges ahead. They tend to live in cooperation. They have pleasure in leading moral lives. When both ethics and generosity are present, people can understand each other and it is possible to live in peace. In such a community, it becomes self-evident that the main purpose of life points to inner self-improvement, in the open context given by the learning of one’s immortal soul.
A New Level of Awakening
With the growing transference of human activities to the online world, much of the spiritual effort takes place in the Internet. The main obstacles faced by theosophical associations change in nature. Philosophical schools must reinvent themselves in the age of universal electronic connection. Old bureaucracies – ritualistic or not – find it difficult to understand to which century they belong. Individual self-expression replaces corporate obedience, and it is not a mere coincidence that the new trend is in line with the teachings of Helena Blavatsky. The next step in evolution consists in fully acknowledging the central role played by positive thought and friendly action in the progress of human communities.
NOTES:
[1] Benjamin Disraeli wrote “Coningsby, or the New Generation” (1844), “Sybil, or The Two Nations” (1845) and “Tancred, or the New Crusade” (1847), among other books.
[2] Examine “Duties of the Heart”, by Rabbi Bachya ibn Paquda, Feldheim Publishers, Jerusalem – New York, 1996, two volumes. See for instance section eight, The Gate of Self-Accounting, volume II, pp. 743-745.
000
“The Roots of Lucidity and Pain” was published in our associated websites on 22 May 2019.  It is also available at our blog in “The Times of Israel”. An initial version of the article can be seen at “The Aquarian Theosophist”, April 2019, pp. 1-2. In “The Aquarian”, it has no indication as to the name of the author.
000
The following texts examine the universal principle of mutual help:  “Vinoba and the Power of Good Will”, “Mahatma Gandhi and Theosophy”, “Eight Gandhian Topics”, “The Theosophy of Namaste”, “Four Ideas for a Brotherly Power”, “The Practical Philosophy of the Amish”, “Europe and World Federation”,  “Of Globalism and Brotherhood”, and “All Life Is Good”.
000