If the European Continent is Christian,
It Can Still Live Up to Its Chosen Values
Carlos Cardoso Aveline 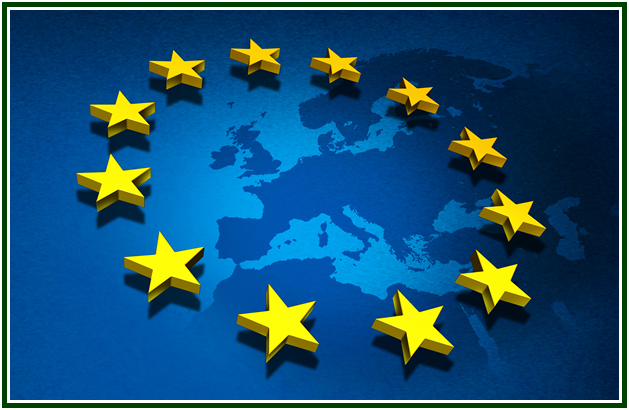 Federalism is an important idea to implement in Europe and around the globe, as long as it is done with balance and mutual respect.
The ideal of a worldwide commonwealth of countries dates from ancient Rome: emperor Marcus Aurelius organized a council of nations. In modern times, Immanuel Kant pointed to the same direction in his famous 1795 essay “Perpetual Peace”. The planetary community of our Earth, however, is older than the present mankind itself. Dating from time immemorial, it embraces all forms of life and could not be limited by political or bureaucratic structures.
Life has more power and strength than politics. No improvement in society can endure unless it expresses the progress of human souls in the direction of altruism: and for that, ideologies are of scarce use. There is no need, for instance, to choose between “nationalism” and “globalism”. Common sense is better than propaganda or narrow-mindedness. Each nation has its own cycles, its various intrinsic timings, and they all deserve consideration. Unity does not mean uniformity, and Theodor Herzl wrote:
“Old institutions need not go under at one blow in order that new ones may be born. Not every son is posthumous. Parents usually live along with their children for many years. It follows that an old social order need not break up because a new one is on the way.” [1]
Theosophists work for universal brotherhood. They also love their own countries. Helena Blavatsky had a deep affection for her native Russia and Ukraine. The Raja Yogis who directly helped found the theosophical movement made it clear that they loved their native India dearly.
Universal brotherhood is therefore not the opposite of nationalism. A planetary commonwealth must be built with complete respect for each nation. The affection for one’s country is an altruistic sentiment and flows on the higher levels of consciousness, as long as it is combined with discernment.
Nationalism, which Helena Blavatsky praises in her book “The Key to Theosophy” [2], is a natural feeling. It must be noble and world-friendly. A healthy individual has concentric circles of love for his family, his city, his country, for the continent where he usually lives, for other countries around the world and humanity. He also loves his planet and the entire Universe. These concentric feelings are inseparable from each other.
The principles of mutual help and solidarity inspire citizens of good will. World federalism and regional initiatives like the European Union are beautiful ideas, but their political structures should not be worshipped.
Compassion and Mass Immigration
Europe, the “fifth continent” in esoteric philosophy, is prosperous if compared to other continents. It has an ethical duty regarding the poor nations of the world.
This does not mean that in order to fight injustice European nations must open their doors indiscriminately to migratory waves that would disrupt their sense of cultural identity. Compassion ought to be practiced with discernment: social problems can only be healed if tackled by their Causes, not their effects.
The right way for Europe to show solidarity regarding the poor nations around the world is to actively promote economic and social Equilibrium in international relations. Fighting migratory chaos and promoting cooperation with Israel and Russia will be helpful. Humanity must get rid of nuclear proliferation, Cold War, terror organizations and anti-Semitism.
It is not a bad idea to trace the capital investments flowing behind Radical Islam, Islamic terrorism and anti-Israel “grass-roots” movements. Compassion should not be accepted as an excuse to promote a migratory chaos in Europe and around the world, or to accept terrorism: the very origin and foundation of social injustice ought to be unmasked, instead.
People must be able to live with dignity in their own countries in the first place. The international obligation of Europe and the United States is not to open their borders: it is to help create right international relations on the social, cultural, political and economic realms.
The Moral Duty of the Vatican
Let us see an example: the Vatican and its long-enduring role in history.
The disproportionate treasures accumulated in the Vatican are a perfect symbol of the social injustice practiced in previous centuries.
One after another, the popes in Rome seem to care for the poor. This is good. As soon as they become sincere, they will give the vast Vatican treasures back to the nations from which they were stolen in colonial times. The decision will demonstrate that the Vatican has real respect for the teachings of Jesus, which recommend voluntary simplicity.
Francis of Assisi taught the same.
If Europe is still a largely Christian continent, it must live up to its higher values. The riches of the Vatican may be used to help promote a solidary economy around the world. The Bank of Vatican would do well in abandoning its traditional practice of money-laundering and ceasing its cooperation with the Mafia in Italy. Police authorities and Italian judges might help the pope and his cardinals in taking steps in that direction. The bank of the pope will do well in donating its money to projects stimulating mutualism in poor nations, and ceasing its involvement with organized crime.
These are but a few examples of the many ways Compassion and Discernment can inspire new policies in Europe, helping eliminate the Causes of poverty and terror while unmasking the absurdity of nuclear proliferation. A long-term peace must be built that is based on unconditional justice, ethics and good will.
NOTES:
[1] “The Old New Land”, Theodor Herzl, Markus Wiener Publishers, Princeton, 2000, 296 pp., see p. 289.
[2] “The Key to Theosophy”, Helena Blavatsky, Theosophy Co., India, p. 44; in the edition of Theosophy Co., Los Angeles, see pp. 44-45.
000
An initial version of the above article was anonymously published at the July 2016 edition of “The Aquarian Theosophist”, pp. 3-5, under the title of “The Ideal of a World Federation”. The text is also published in our blog at “The Times of Israel”.
000