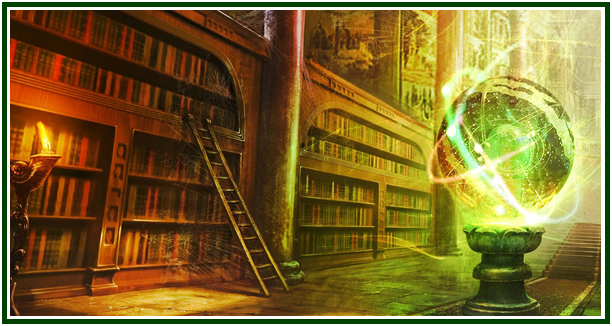 The associates of the Independent Lodge of Theosophists develop studies in various areas of theosophical interest and share the  results of the  search with  readers  through their associated websites.[1]
A number of Facebook pages are kept in relation with the research. Two monthly publications circulate: “The Aquarian Theosophist” and (in Portuguese) “O Teosofista”.
Other aspects of the work include physical plane meetings, the e-groups “E-Theosophy” and “SerAtento” and a study-group on the search for lay discipleship. The library that constitutes the foundation and anchor of the independent lodge researches is spread across two countries and interconnected in various ways, including physical plane mail.
Working on a voluntary basis, the co-editors invest their time and money to obtain significant and rare books in various languages, online and in paper. Although resources are limited, the acquisition of books for the library is intense on both sides of the Atlantic Ocean.
Study is combined with research. The editorial work, the online publications and wider circulation of materials constitute a multidimensional process whose highest point is the inner individual search. The production of texts resulting from the investigation also develops in more than one language.
These interconnected tasks activate higher levels of consciousness. The illusion that time is “scarce” constitutes an obstacle in the learning. There is no such scarcity from the point of view of the higher self. Before the vast network of information gathered, one must proceed with calm and evaluate each idea, listening to the silence of his own soul.
The associates of the independent lodge think Helena P. Blavatsky established long-term guidelines for the theosophical effort. She taught that theosophists are no owners of the truth; they must obtain the means to actively seek for it. Referring to the original Society which she founded in 1875, HPB wrote:
“As a body, the Theosophical Society holds that all original thinkers and investigators of the hidden side of nature whether materialists those who find matter ‘the promise and potency of all terrestrial life’, or spiritualists – that is, those who discover in spirit the source of all energy and of matter as well, were and are, properly, Theosophists. For to be one, one need not necessarily recognize the existence of any special God or a deity. One need but worship the spirit of living nature, and try to identify oneself with it. To revere that Presence, the invisible Cause, which is yet ever manifesting itself in its incessant results; the intangible, omnipotent, and omnipresent Proteus: indivisible in its Essence, and eluding form, yet appearing under all and every form; who is here and there, and everywhere and nowhere; is ALL, and NOTHING; ubiquitous yet one; the Essence filling, binding, bounding, containing everything; contained in all. It will, we think, be seen now, that whether classed as Theists, Pantheists or Atheists, such men are near kinsmen to the rest.”
According to Blavatsky, “be what he may, once that a student abandons the old and trodden highway of routine, and enters upon the solitary path of independent thought – Godward – he is a Theosophist; an original thinker, a seeker after the eternal truth with ‘an inspiration of his own’ to solve the universal problems.” And she adds:
“With every man that is earnestly searching in his own way after a knowledge of the Divine Principle, of man’s relations to it, and nature’s manifestations of it, Theosophy is allied.” [2]
These words say much about the correct attitude of the student, regarding the theosophical teachings. He is not invited to believe. He must search, research and gradually know by his own merit.
NOTES:
[1] Among them, www.CarlosCardosoAveline.com and www.FilosofiaEsoterica.com. The books “The Fire and Light of Theosophical Literature” (2013, 255 pp.) and “Luz no Caminho” (2014, 85 pp.) were published by “The Aquarian Theosophist”.
[2] From the article “What Are the Theosophists?”, which is published in the “Collected Writings”, H. P. Blavatsky, TPH, USA, volume II, pp. 102-103.
000
An initial version of the above article was published at the September 2016 edition of “The Aquarian Theosophist”, pp. 1-2. It had no indication as to the name of the author. Original title: “Independent Studies: A Research Project Unfolds”.
000
Read “The Circle for the Study of Discipleship”.
000
Among others, see in our associated websites the articles “The Independent Lodge of Theosophists”, “The Three Levels of Association”, “Independent Lodge and the Movement”, “Theosophists Must Be Independent”, “How to Build a Theosophical Lodge”, “New York, September 7th, 1875”, “The Creation of the ILT in 2016”, and “Profile of the Independent Lodge”.
000
On 14 September 2016, after examining the state of the esoteric movement worldwide, a group of students decided to found the Independent Lodge of Theosophists. Two of the priorities adopted by the ILT are learning from the past and building a better future.
000