Notes on the Magnetic Fluid Present
In the Animal and Vegetable Kingdoms
R. Padmanabha Charyar 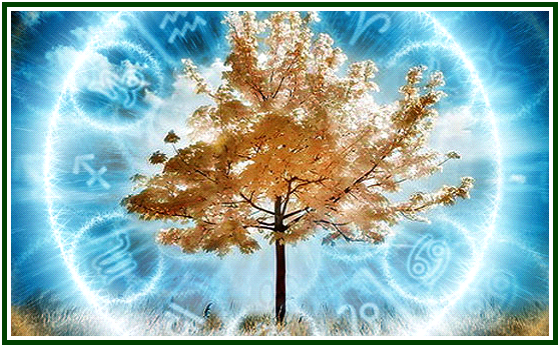 000000000000000000000000000000000000000
Editorial Note:
The following article is reproduced
from “The Theosophist” magazine,
India, January 1885 edition, pp. 84-85.
That was a transitional moment for the
theosophical project. The editor of the journal,
Helena P. Blavatsky, had arrived at Adyar from
England on December 21, 1884. A few weeks
later, in February 1885, she would be seriously
ill, leaving India for good on March 31, 1885.
(Carlos Cardoso Aveline)
000000000000000000000000000000000000000000000000
I beg to submit for the consideration of my brothers the following observations regarding the anticipation of a new and remarkable discovery of Science by the authors of our Shastras and Upanishads.
The vital magnetic fluid that is diffused among men and animals and even plants, called Od or Odyl by Baron Reichenbach, and psychic force by Mr. [William] Crookes, and to which more than thirty different names are assigned, as can be seen from the opening paragraph of the fifth chapter of the first volume of “Isis Unveiled” [1], is commonly spoken of in the Science of Mesmerism under the designation of “Aura”.
This word “aura” has probably a good deal of connection with the Sanskrit ojas and oshas. Whether there is any philological affinity or not between the word used by the magnetists and the Sanskrit equivalents that I have given, I am not now in a position to decide. Most probably there is such affinity also. But my intention here is to show that the Sanskrit words above given were intended by our ancients to denote the same thing as in expressed by the word “aura” in treatises on Animal Magnetism.
First, then, as to the word ojas. It is derived from the Sanskrit root oja, to live, to have the vital faculties and organs, to be strong; so that is derivative, ojas, means vitality or “the principle of vital warmth and action diffused throughout the body”. It is also applied to strength or splendour. But, in its most usual acceptation, it occurs in such compound words as Mahanjas, &c., and denotes the inherent strength or energy of Rishis and other saints performing Tapas or penance.
This latter word Tapas, in common with ojas, Tejas and many other kindred terms current in Sanskrit literature, signifies the splendour or light which surrounds holy and pious souls, which is said to increase in proportion to the purity of life they lead and the intensity of the meditation they practise, as is clear from the frequent allusions, contained in the Ramayana and Maha Bharata, to the scorching influence, which this “splendour” around the persons of pious devotees exercises on the world in general, appalling even Indra and other gods, when such persevering saints as Visvamitra, Vasishtha and Dhruva, were seeking to concentrate their intellects in abstract meditation.
The word oshas or osha, derived from the root ush, to burn, bears the same signification as ojas, namely, vital warmth or heat. It occurs in the word oshadhi or aushadhi (that which has vital warmth or in which vital warmth is engendered), meaning the plant or healing herb said to be of great power and efficacy in the cure of diseases. Hanuman, the Monkey Chief in the Ramayana, is said to have brought one of these species of healing herbs at the instance of Sushena, the Monkey Physician, from a certain peak of Mount Mern, in order to infuse fresh life into Lakshmana by injecting into his nostrils the oshas or life-energy inherent in the plant, when he lay senseless on being smitten by a certain sakti thrown by Ravana.
No sooner had Lakshmana felt the magic and invigorating influence of this life-giving plant (Sanjivana oshadhi), than he woke up from his deathlike swoon and regained his full strength and vitality. This mode of transmitting the life-energy into the animal frame is, it may be urged in passing, the same as the process of mesmerising a patient, by which the deficiency of vitality in the body of the patient, caused by disease, is made up by the infusion of fresh vitality from that of the operator. The Sanskrit word for medicine is aushadha, which is but a derivative of oshadhi. Further, the power, called oshas, is said to be inherent in the food we eat, in the following passage of the Taithriya Upanishad (Ananda Valli, second Anuvaka):

[Translation:]
“All the creatures, dwelling on earth, spring verily forth from food. Again they live even by food, – again, at last (at the time of death) they return to the same, – for food is the oldest of all beings; – hence it is called the healing herb of all creatures (Aushadha, because it produces the heat or vital warmth that is diffused around the bodies of all living creatures and plants).”
If, as is evident from the considerations briefly advanced in the foregoing explanation, the ojas or oshas, spoken of in the Hindu Sacred Scriptures, is rightly identified with the vital magnetic fluid diffused through the whole animal and vegetable kingdoms, newly brought to light by Baron Reichenbach and other eminent scientists of the present age, then certainly the ancient Hindu sages, who have had so intimate a knowledge of the existence of this common property of plants and animals, must be credited with great scientific acumen some thousands of years before the advent of modern civilization. And Mr. Tyndall’s great discovery, that matter has in it the “promise and potency of every form and quality of life”, is nothing but a re-statement of an old and long-established dictum of Hindu philosophers.
NOTE:
[1] These are the lines referred to, and which are part of the book “Isis Unveiled”, by H. P. Blavatsky: “There has been an infinite confusion of names to express one and the same thing. The chaos of the ancients; the Zoroastrian sacred fire, or the Antusbyrum of the Parsees; the Hermes-fire; the Elmes-fire of the ancient Germans; the lightning of Cybelè; the burning torch of Apollo; the flame on the altar of Pan; the inextinguishable fire in the temple on the Acropolis, and in that of Vesta; the fire-flame of Pluto’s helm; the brilliant sparks on the hats of the Dioscuri, on the Gorgon head, the helm of Pallas, and the staff of Mercury; (…) the Egyptian Phtha, or Ra; the Grecian Zeus Cataibates (the descending); the pentecostal fire-tongues; the burning bush of Moses; the pillar of fire of the Exodus, and the ‘burning lamp’ of Abram; the eternal fire of the ‘bottomless pit’; the Delphic oracular vapors; the Sidereal light of the Rosicrucians; the AKASHA of the Hindu adepts; the Astral light of Eliphas Levi; the nerve-aura and the fluid of the magnetists; the od of Reichenbach; the fire-globe, or meteor-cat of Babinet; the Psychod and ectenic force of Thury; the psychic force of Sergeant Cox and Mr. Crookes; the atmospheric magnetism of some naturalists; galvanism; and finally, electricity, are but various names for many different manifestations, or effects of the same mysterious, all-pervading cause – the Greek Archeus (…). Sir E. Bulwer-Lytton, in his Coming Race, describes it as the VRIL …”.  Such is the beginning of Chapter V in “Isis”, volume I, p. 125. (CCA)
000