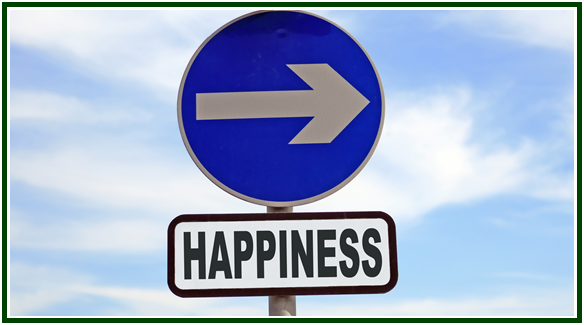 According to Theosophy, Happiness is in Altruism
0000000000000000000000000000000000000
Editorial Note:
The following questions and answer
are reproduced from “H. P. Blavatsky
Collected Writings”, T.P.H., volume XI, pp.
103-106. Original title: “Theosophical Queries”.
We reproduce only the first part of the questioning
letter.  H.P. Blavatsky’s answer is, of course, complete.
(CCA)
000000000000000000000000000000000000000000000000000
1. Some Questions:
The first object of the Theosophical Society being to promote the principle of the Universal Brotherhood of Humanity, how can it be reconciled with the aim that, at the same time, it presents in life to every individual being: – the duty of developing his Higher Self, by the sacrifice of every selfish desire, by the conquest of all material interest, for the mere purpose of attaining a higher spiritual perfection, in order that this perfection should transform our faith in the spiritual world into sight and knowledge, and give us “life everlasting”.
How can one practice altruism and philanthropy, when one devotes one’s life to the cultivation of the inner spiritual being and the attainment of total indifference to the physical world?
Can there be a compromise? Can one divide one’s existence, and serve two principles at once?
(…..)
February, 1889,  Barbara Moskvitinoff,  Petersbourg.
2. The Answer by H. P. Blavatsky:
The questions asked and the difficulties propounded in the foregoing letter arise mainly from an imperfect acquaintance with the philosophical teachings of Theosophy. They are a most striking proof of the wisdom of those who have repeatedly urged Theosophists to devote their energies to mastering, at least, the outlines of the metaphysical system upon which our Ethics are based.
Now it is a fundamental doctrine of Theosophy that the “separateness” which we feel between ourselves and the world of living beings around us is an illusion, not a reality.
In very deed and truth, all men are one, not in a feeling of sentimental gush and hysterical enthusiasm, but in sober earnest. As all Eastern philosophy teaches, there is but ONE SELF in all the infinite Universe, and what we men call “self” is but the illusionary reflection of the ONE SELF in the heaving waters of earth.
True Occultism is the destruction of the false idea of Self, and therefore true spiritual perfection and knowledge are nothing else but the complete identification of our finite “selves” with the Great All. It follows, therefore, that no spiritual progress at all is possible except by and through the bulk of Humanity. It is only when the whole of Humanity has attained happiness that the individual can hope to become permanently happy – for the individual is an inseparable part of the Whole.
Hence there is no contradiction whatever between the altruistic maxims of Theosophy and its injunction to kill out all desire for material things, to strive after spiritual perfection. For spiritual perfection and spiritual knowledge can only be reached on the spiritual plane; in other words, only in that state in which all sense of separateness, all selfishness, all feeling of personal interest and desire, has been merged in the wider consciousness of the unity of Mankind.
This shows also that no blind submission to the commands of another can be demanded, or would be of any use. Each individual must learn for himself, through trial and suffering, to discriminate what is beneficial to Humanity; and in proportion as he develops spiritually, i.e., conquers all selfishness, his mind will open to receive the guidance of the Divine Monad within him, his Higher Self, for which there is neither Past nor Future, but only an eternal Now.
Again, were there no “poor”, far from the “benefits of civilization being lost”, a state of the highest culture and civilization would be attained, of which we cannot now form the faintest conception.
Similarly, from a conviction of the impermanence of material happiness would result a striving after that joy which is eternal, and in which all men can share.
Throughout the whole letter of our esteemed correspondent there runs the tacit assumption that happiness in material, physical life is all-important; which is untrue.
So far from being the most important, happiness in this life of matter is of as little importance in relation to the bliss of true spiritual life as are the few years of each human cycle on earth in proportion to the millions and millions of years which each human being spends in the subjective spheres, during the course of every great cycle of the activity of our globe.
With regard to faculties and talents, the answer is simple. They should be developed and cultivated for the service of Humanity, of which we are all parts, and to which we owe our full and ungrudging service.
(HPB)
000
In September 2016, after a careful analysis of the state of the esoteric movement worldwide, a group of students decided to form the Independent Lodge of Theosophists, whose priorities include the building of a better future in the different dimensions of life.
000