The Sun and the Moon Are Our Brethren
Carlos Cardoso Aveline 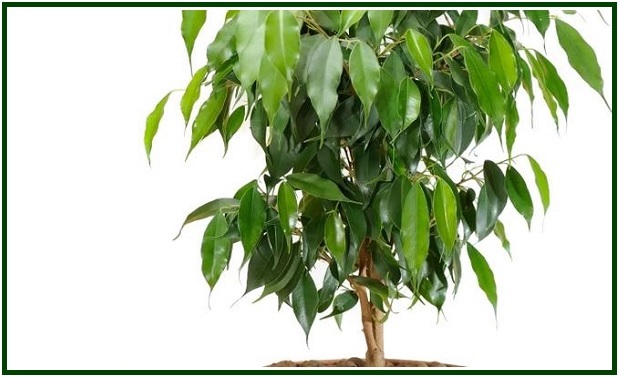 The ficus, a fellow spiritual pilgrim
* Peace is not to be found on the surface of life. The way to inner balance consists of harmony with one’s own conscience. However, this is a highly probatory road, for obeying the voice of the conscience means saying no to the one thousand and one voices of the world and their false promises of short term comfort. Therefore having peace means being prepared to face the conflict between truth and illusion; wisdom and ignorance; self-responsibility and blindness.
* When peace exists during the battle, the battle tends to be won.
* A few questions deserve daily examination. One of them is “How can I detach myself from any useless thoughts, feelings and words in the next 24h?”
* Another one is “What can I do to improve the quality of the way I eat, drink and have sleep, from now on?”
* Finally: “How can I improve my daily life so that it becomes worthier of my higher self, my immortal soul?” There is no need of any self-inflicted conflicts about those questions in one’s personality. It is enough to calmly think about them. A sane practice of self-observation is helpful in itself.
* We cannot save much time by accelerating our activities. Once it becomes a habit that speed is a priority, hurry establishes itself as a false law, and quietness disappears. Hence one’s decision to act slowly must be unconditional. We need to stay away from the routine of superficial anxiety.
* As to the rhythm of his actions, the sensible citizen keeps in tune with the growth of forests.  He could be inspired by the timing of lettuce germination, and by the secret breathing of the avocados in their trees.
* Theosophy says that the living process of friendship is not limited to the human realm. This is why in the Christian legends Francis of Assisi – a pantheistic saint, and a forerunner of Luther’s Reform – sees the Sun and the Moon as his brethren, and talks to beings living in all realms of Nature. Universal friendship is a Pythagorean concept.
* Like millions of persons around the world, my wife and I cultivate a feeling of personal friendship with cats and dogs in the streets of the city where we live. We know we are spiritual companions of the birds.  We listen to non-verbal advices from the Sun, the wind, the rain. We are aware of the fact that the Brotherhood among all realms is as old as Nature itself.
* The dipladenia is our colleague in living and learning. The ficus benjamina – also known as weeping fig, benjamin fig or ficus tree – is a native of Asia and a fellow spiritual pilgrim. We know that Blavatsky wrote about the intelligence of the mimosas.[1]  As we walk, we listen to the music of the wind, flowing through the leaves of our brothers and sisters, the Eucalyptus trees. The whole universe is filled with the most diverse forms of life, which the theosophist learns step by step to understand and cooperate with.
The Horizon of Freedom
* By being able to stand alone in the outer world, one gathers magnetism. He who in the visible realm is too afraid of solitude, has little energy of his own.
* By deepening one’s sense of calm, the unity of all is seen. He who has a wide horizon is free from thousands of forms of delusion. One purpose of suffering is to widen our view of life.
The Substance of One’s Agenda
* Once that which is of fundamental importance in our life is OK and in good shape, secondary things will be easy to handle.
* However, if the most important issues are not OK, dealing with things of less importance will not help much. Therefore: tackle the issues of your agenda according to their real significance to you. As long as you reject unreasonable short term pressures, there will be no major waste of time or energy.
NOTE:
[1] Click to see HPB, on the Intelligence of the Mimosas.
000
“Thoughts Along the Road – 51” was published as an independent text on 27 April 2021.   An initial version of it, with no indication as to the name of the author, is part of “The Aquarian Theosophist”, October 2019 edition, pp. 13-14. The September 2019 edition of “The Aquarian” had no “Thoughts Along the Road” but it included (on p. 4) the notes “The Horizon of Freedom” and “The Substance of One’s Agenda”, which were written by CCA and are now part of the above article.
000
See other writings of Carlos Cardoso Aveline.
000