Self-knowledge, Discipline and a Sense
of Justice Are Central in the Art of Living
Carlos Cardoso Aveline 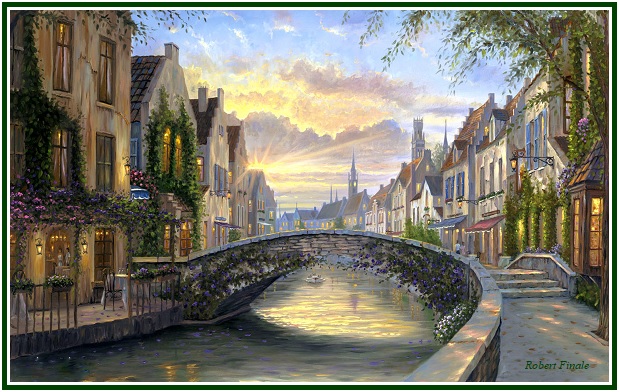 * Good books on eternal topics make a nice ladder to heaven. The substance of the highest sky, as theosophy clarifies, is in one’s own soul.
* We live according to what we thought in the past and also follow the lines of our present views of reality, as the Dhammapada says in its first chapter. Life results from ideas, images and intention. The same factors determine action. Even the way we look at the past and the future is decided by the nature of our main goal.
* Undue accumulation of lower impressions paves the way to paralysis, while understanding and detachment liberate one’s mind. By renouncing to topics, worries, desires, fears and ambition, we open room in our lives to better events and serendipity. We thus welcome clearer thoughts and more enlightened views of the world.
* You need to get relatively far from something, to better know it. When you live for some time abroad, you get to know your native country in deeper ways. As you transcend your physical body, you can understand with more accuracy the way it works; and you can educate and train it with more effectiveness.
* The object of the effort, in esoteric philosophy, is not to obtain verbal knowledge of sacred topics and show to others how wise and clever one can pretend to be. The real object is to actually expand the contact with one’s higher soul or immortal self. However, once this contact is expanded, one rarely is seen as a sage by others. Sages are usually unseen in a materialistic society. They are “invisible” and often become the objects of hostility, while vain people and superficial minds can easily pose as sages. The legend of Jesus and the lives of Blavatsky, Cagliostro, and Paracelsus among others, give us strong lessons about that.
* For him who is free from blind impulses and thoughtless action, wisdom is possible. There must be moderation, in order for the pilgrim to keep due balance and perspective. Inner strength has to be greater than the outward show of it. Peace occurs when there is order in one’s soul, and good will to all, and a stable self-discipline.
* For self-responsible pilgrims, there is no authority above the voice of their conscience. Leadership in theosophy is a matter of affinity, much more than “social position”. The influence of legitimate authority preserves and improves one’s independence and sense of duty.
* The truth-seeker fulfils his personal obligations. He obeys to the laws of the country where he lives. He is as harmless as possible to all. He follows his own heart and learns from his mistakes. He thinks of the highest and the supreme. His universal view of life protects him at every step.
* The force of habit is part of the law of cycles, and its work becomes easier to see in the realm of personal existence. The tendency to repeat pleasing actions and not to repeat unpleasing ones soon gets strong, especially in the lower levels of consciousness.
* As time passes, even unpleasing situations may generate attachment. Discernment is necessary to get rid of the Causes of suffering.
* In theosophy, experiencing pleasure or pain is not the central priority: the main point consists in choosing right action and abandoning wrong deeds.
* The force of habit is more flexible and open to change on higher levels of perception, due to their altruistic substance. As a result, there is in appearance an imbalance in human constitution. Higher energies are open to yield, while the lower ones want to prevail at any cost. The balance of power seems to incline in favour of egocentrism. However, such appearance of a “deficit in outward strength” on the part of generous impulses can only deceive he who is naïve. Regardless of short term events, the only enduring power is that of the law of justice to all, and goodness is the way to such justice.
* Good will is not the same as a friendly passivity. An active good will is most necessary for the power of habit to be correctly used.
* Self-knowledge, self-discipline and a sense of justice are central in the art of living. Right action is like a mantra, in the sense that it is cyclic, and it depends on a correct view of reality.
000
“Thoughts Along the Road – 43” was published as an independent text on 04 February 2020. An initial version of it, with no indication as to the name of the author, is included in “The Aquarian Theosophist”, October 2018 edition, pp. 06-07.  It must be said that there was no “Thoughts Along the Road” in the “Aquarian” edition of September 2018.
000
See other writings by Carlos Cardoso Aveline.
000