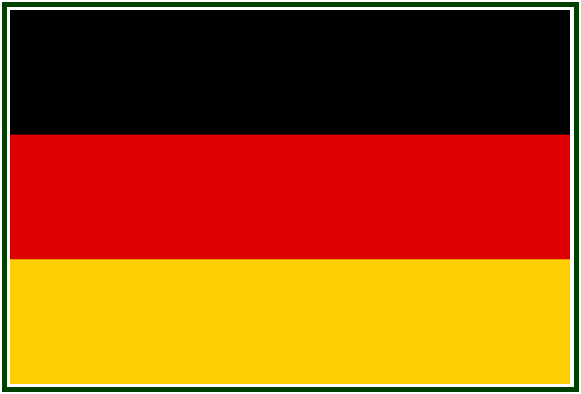 000000000000000000000000000000000000000
A 2011 Editorial Note:
The following article was written by a
long-standing German theosophist who lives
in Berlin and belongs to the Theosophical
Society (Point Loma) in Germany. The name of
the Society in German is “Die Theosophische
Gesellschaft Arbeitskreis Unterlengenhardt.”[1]
As to the Nazi atrocities committed outside
Germany, Mrs. Sieglinde Plocki wrote, in a May 2011
message which I am authorized to reproduce  here:
“I feel ashamed for that. I think that such cruelties
happen where ignorance reigns, as it happens every
day in so many countries of the world; look at Africa,
look at so many countries where human rights are
ignored. It makes us feel ashamed as human beings,
because one cannot find such cruelties in the animal
kingdom. These are the results of the misuse of manas,
the human mind, due to egotism and ignorance….”
Sieglinde’s testimony is a vehement proof of the real
nature and aims of the theosophical movement as a whole.
(Carlos Cardoso Aveline, in May 2011)
00000000000000000000000000000000000000000000000000
From time to time voices arise to accuse Theosophy, its Teachings and the Members of Theosophical societies of following and promulgating Nazi thoughts and theories, even in our days. And we find people with these ideas trying to infiltrate our Societies.
We must declare once and for all: the fundamental doctrines of Theosophy are strictly contrary to Nazi ideas.
The first of the three fundamental objects of the theosophical movement is: “To form the nucleus of a Universal Brotherhood of Humanity without distinction of race, color, or creed”; and the second object is to promote the study of Aryan and other Scriptures of the World’s religion and sciences, and to vindicate the importance of ancient Asiatic Literature, namely, of the Brahmanical, Buddhist, and Zoroastrian philosophies, among  others.
Everyone who is really interested in such high objects is invited to study the Doctrines of Theosophy and build up his own views, based on his or her own research and experience.
The only prerequisite to join any Theosophical Society is the acceptance of universal brotherhood – no belief in doctrines if not tested by one’s own critical verification, no belief in leaders if not accepted by using the touchstone:
“What did he/she do for humanity – not for his or her own sake? Is he or she strictly impersonal – devoting his life to the sake of humanity – to all that lives?”
That is to say:
“Are the teachings he or she brings really universal? Do they fit into the old Wisdom Tradition?”
No man, no organization, and no movement was ever immune to misinterpretation, misunderstanding and slander, or to a mixture of these.  Free thought has always been and still is a threat to those who want to keep political or other power in their hands and to exploit and suppress others for their own interests.
This was the reason for the persecutions during the Nazi regime in Germany, and this still is the case today.
As historical evidences of persecution, we have copies of Heydrich’s order of July 20, 1937 to close all Theosophical Societies during Hitler’s domination.  Another one is a document saying how the lodges and branches had to behave after that order.  Among the testimonies we have, there is one from the TS Adyar, sent by Mr. Höfer from Würzburg. He wrote in a letter to Irmgard Scheithauer, then President of our Society:
“In 1937 the Theosophical Societies, considered as ‘freemason-like organizations’ were prohibited.  Every contact among former members was forbidden. Properties of the societies, as real estate assets, capital, libraries, printing plants, were seized. In many places the Gestapo even confiscated personal belongings of the leaders of the Societies, including handwritten notes about lectures and studies.”
As to the societies concerned, these are some of them:  Die Theosophische Gesellschaft Adyar; Die Theosophische Gesellschaft Point Loma (our predecessor); Internationale Theosophische Verbrüderung, Leipzig; Deutsche Theosophische Gesellschaft, Leipzig; Allgemeine geistige Verbrüderung, Berlin; Theosophischer Freundschaftsbund, Berlin; Gesellschaft für psychische Forschung, Berlin; Theosophische Gesellschaft “Der Tempel der Menschheit”; Theosophische Gesellschaft (Supernationale), Leipzig.
We could mention several members with names who were often subject to interrogation, some put into jail (in one case, about five weeks’ jail).  On July 31, 1937, the Gestapo closed the Theosophical Society in Dresden, taking away the theosophical literature and imprisoning Emmi Haerter and Mary Linné for the duration of the war.
The two met again at the Winter Solstice in 1945, “half starved but very happy, because after an interval of ten years we could make a new start in studying and promulgating the ‘Wisdom of the Gods’.” (“Theosophical Review”, February 1951, pages 14-16.)
Others were even sent to a Concentration Camp (Mr. Verweyn, a former General Secretary of Adyar TS in Germany was one of them). All of this occurred in addition to the constant observation and spying by the Gestapo.
Of course, the Old Wisdom Tradition – in other words Theosophy – needs to be studied carefully and with an open mind and an open heart.
Anyone who wants can twist around the wisest sayings and draw them to dirt and mud.  The only certainty we as students of the Age old Wisdom have is that nobody can destroy the theosophical Treasure, because it is protected by Greater beings than we are, and whom we can only venerate with love.
NOTE:
[1] As to the name of the Society, Sieglinde Plocki clarifies: “Unterlengenhardt is a small town in the Blackforest, where Mary Linné – former President of our Society – lived and worked after WWII with Emmi Haerter. For historical reasons we have always kept it in our name, though the Headquarters since Irmgard Scheithauers’ Presidency is in Berlin.”
000
In September 2016, after a careful analysis of the state of the esoteric movement worldwide, a group of students decided to form the Independent Lodge of Theosophists, whose priorities include the building of a better future in the different dimensions of life.
000