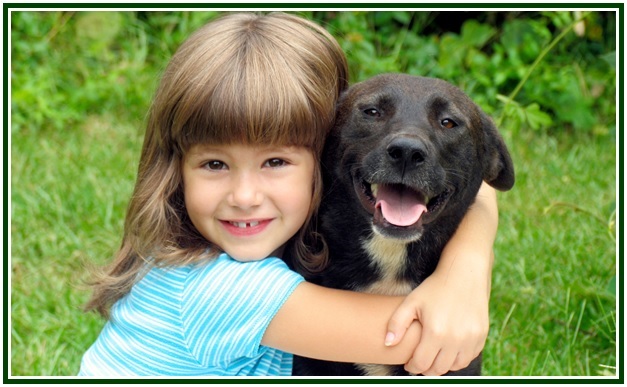 One of the most sacred words in the English language is “Trust” – a winged messenger from soul to soul. Trust is an innate quality and not an empty abstraction. It is spontaneous in expression, else it is not Trust.
The highest expression of trust is that between true Teacher and earnest learner; the next highest, that between learners of that same true Teacher. Then there is the trust, sublime indeed, vested in the mother by the incarnating Ego; when permitted to expand this is a trust which will encompass the whole immediate family and extend in the progress of time to neighbor, to community, to state and  nation and thus to the world. Upon reflection it becomes evident that no action would be instituted by beings, were it not for an underlying, spontaneous trusting that “Life sustains all forms requiring life”.
Can a nation survive which has not this basic quality as foundation? The answer must be in the negative, well attested and corroborated by history. The same sad results accrue where there is not spontaneous and sustained trust between nations or between individuals: a rupture of friendship and a separative basis becomes the rule. The history of the past affords valuable enough criterion, but for the student of Theosophy there is abundant, immediate history yielding lessons of the greatest import on the principle and application of Trust.
The teacher, H. P. Blavatsky, came into a distrusting and a mistrusting world carrying a Message of Trust from Those whom she trusted and who trusted her. Her life and work bear witness to the fact that H.P.B. also trusted in humanity, in her own power to teach and in humanity’s power to learn; therefore, her Great Sacrifice. Humanity in the mass failed to trust her, as is well known by the few students of the philosophy she brought.
If Trust is innate, why does it lack expression? This is not an unsolvable mystery, for Man has the self-conscious power to choose – a power used for untold centuries to place trust in anything and everything outside the man himself. Mankind in its infancy and periodically thereafter was instructed as to “right behaviour” by those Elders Brothers of the race who themselves reached their high estate through observation and experience, and who in their turn had been helped in their progress by still other Elder Brothers of a Line which reaches back and yet further back into the night of time.
The Path of self-induced and self-devised exertion being thus plainly marked, mankind has had to make efforts on its own account, else no lesson would be truly learned. It was, then, in efforts at application where failures occurred; with failures came a gradual loss of the sense of individual responsibility; concurrent with this loss came some to set up claims as teachers and guides. Trust in this manner misplaced, there sprang up ideas of personal gods, formal religions, vicarious atonements and in time the reign of the doctrine of irresponsibility. But even these evils besetting man – brought on by himself – come to the end of their cycle.
It was at the closing of such a cycle that H.P.B. struck a fresh key-note for a better and brighter era. She knew the time as a transition period in the history of man, when every system of thought, science, religion, government, and society was changing; that such a period lends itself to the promulgation of true ideas, but also opens the door to abuses of every description, especially of those who volunteer to direct the newly-shaping current of thought into constructive channels. Distrust and mistrust become equally powerful forces with Trust. But, just as in the case of those few brave souls who risked all to establish this Republic [the United States of America], so H.P.B. found a few volunteers to help found and foster the theosophical movement once more in the world of men. She found a very few who trusted her, and who kept alive the Movement she started. There are more now than in her time to carry on, but not too many as yet! It is evident that the spontaneous Trust does not yet find expression as it ought, after more than fifty years. [1]
William Q. Judge, who trusted H.P.B., and whom she trusted, once quoted some words to arouse that Trust innate in the heart of everyone who reads them:
“We appeal therefore, to all who wish to raise themselves and their fellow creatures – man and beast – out of the thoughtless jog-trot of selfish everyday life. It is not thought that Utopia can be established in a day: but through the spreading of the idea of Universal Brotherhood, the truth in all things may be discovered.  What is wanted is true knowledge of the spiritual condition of man, his aim and destiny. Such a study leads us to accept the utterance of Prajapati to his sons: ‘Be restrained, be liberal, be merciful’, it is the death of selfishness.” [2]
And Robert Crosbie, who founded the United Lodge of Theosophists in Trust to the Teachers, said: “… To me it seems that ‘trust’ is the bond that binds, that makes the strength of the Movement, for it is of the heart.”
NOTES:
[1] The theosophical movement was founded in 1875.  The present article was first published in 1934. (CCA)
[2] Garrigues is quoting an article entitled “The Path”. See “Theosophical Articles”, W. Q. Judge, Theosophy Co., Los Angeles, Vol. II, p. 572. (CCA)
000
The above text is reproduced from the April 2015 edition of “The Aquarian Theosophist”, pp. 1-3. It was first published at “Theosophy” magazine, Los Angeles, in May, 1934, pp. 307-308. It had no indication as to the name of the author. A 2015 analysis of its style and contents indicated it was penned by John Garrigues (1868-1944). Original title: “Trust”. Regarding the criteria used in identifying texts by J. G., see the article “Life and Writings of John Garrigues”, by Carlos Cardoso Aveline, which is available at our associated websites.
000