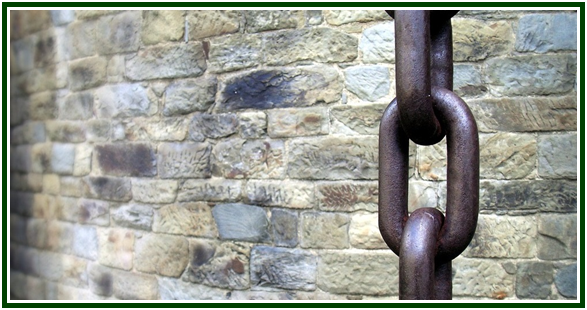 It may be due to the constant stress and strain under which we work in this so-called civilized age, with its hectic call of lo here, lo there, but it is a sad reality that we seldom attain to that philosophic calm which we have seen exemplified in the teachers of Theosophy – that calm which is not disturbed by anything which may come to pass.
There is a constant grasping after the will-o’-the-wisp; there is an uneasiness, a dissatisfaction with our present lot. Instead of accepting the events of daily life with the assurance that “this is what I in fact desired”, we protest lustily, and bemoan our lot. Especially is this true in the present “depression”. [1]
Finding ourselves at a standstill when all that we can do is to hold on and wait, we look defiantly at the blank wall and try to see what caused it. “But”, we protest, “this is not just what I in fact desired!”
We glare at the wall, kick it perhaps, but that only bruises our feet. What are we to do about it? Having come down to plain unbeautiful facts, and having gotten rid of our emotional upheavals, we may be better fitted to see facts calmly and to discover what in truth did cause this cessation of desired progress.
True, Theosophy teaches us that we suffer from ourselves, that all that happens to us is due to our own past failures. But the blank wall still stands. Then it is that we realize that duty alone will lead us to the goal. So say those who have gone before and who point the way, the small old path which travels far. Close inspection shows that we have not been doing well and uncomplainingly the small daily duties. How can we hope to go on if we have not learned the lessons here before us? We discover that we are not the only Micawber [2] “waiting for something to turn up”; others all about us are facing their blank walls.
The fresh start comes in fulfilling the seemingly unimportant duties which lie close at hand. We can still work as those who are ambitious, leaving the results to law. We can still fulfill, even in distasteful tasks. Once that attitude of mind is reached, the daily duties no longer seem unpleasant. Behold, the valley of waiting has become a veritable school of experience. We have learned to recognize our fundamental identity with all when we see them bound by the same chains which hold us. The blank wall has been erected by ourselves; it will melt away by our own efforts.
NOTES:
[1] A reference to the economic depression of the United States in the early 1930s. Although the present article was first published in July 1932, its lesson is timelessly valid in any collective cycle or situation when a clear and luminous future is not easy to see. (CCA)
[2] Wilkins Micawber is a fictional character from Charles Dickens’ 1850 novel “David Copperfield”. He was incarcerated in the debtors’ prison for failing to meet the demands of his creditors. (Wikipedia) (CCA)
000
The above text was first published as an anonymous note at the July 1932 edition of “Theosophy” magazine, Los Angeles, p. 414. An analysis of its contents, style and historical context shows the author is John Garrigues.
000
In September 2016, after a careful analysis of the state of the esoteric movement worldwide, a group of students decided to form the Independent Lodge of Theosophists, whose priorities include the building of a better future in the different dimensions of life.
000