How the Wind and the Moon Can
Make an Orchestra of Bamboo Reeds
Helena P. Blavatsky 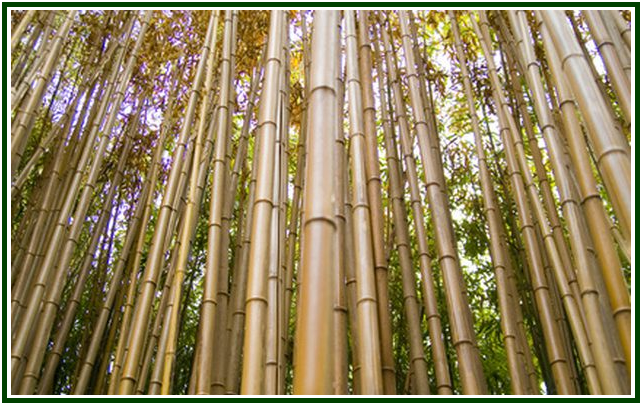 , i.e., dark-skinned, suggests that even among the tawny-complexioned Greeks he must have been even darker, was an immigrant from India. This was the view of Lemprière and of several others…”
“Some day your suspicion may become a certainty. There is not the slightest doubt that the purest and highest musical forms of antiquity belong to India. All our legends ascribe magical powers to music, which was a gift and a science sent to earth by gods. And while we ascribe all our arts in general to divine revelation, music stands at the head of all else. The invention of the vînâ, a kind of lute, belongs to Nârada, the son of Brahmâ. You will probably laugh at me if I tell you that our ancient upgâtri (singing priests), whose duty it was to officiate during the yajña (sacrifice), knew certain secrets of being so well that they were able to produce by means of certain combinations, and, mark well, without any trickery, phenomena which were regarded by the ignorant as manifestations of supernatural powers. The phenomena produced by the upgâtri and the Râja-yogins are perfectly natural to the initiated, however miraculous they may seem to the uninitiated.”
NOTES:
[1] [ H.P.B. uses here the untranslatable Russian term “gusli-samogudi,” a compound term which refers to a legendary zither, dulcimer or psaltery, which in Russian folklore plays without anyone touching it. – Boris de Zirkoff. ]
[2] [ From a poem of Alexander S. Pushkin entitled Winter Evening, written in 1825. – Boris de Zirkoff.]
[3] This variety of bamboo is constantly attacked by a certain small beetle, which rapidly bores large holes in the hollow trunk of the reed, and the wind is caught therein. (H.P.B.)
[4] Beating with a cane is called here by the people “European bakhshîsh” or “Bamboo bakhshîsh”; this latter expression is used all over Asia. (H.P.B.)
[5] Hari is one of the names of Siva, and Mahâdeva means great god. (H.P.B.)
[6] What a curious coincidence! Cui is the name of a famous musician from St. Petersburg; but neither animals nor people dance at his music. (H.P.B.)
[H.P.B. refers to César Antonovich Cui (1835-1918), Russian composer, son of a French officer who had been left behind in the retreat from Moscow in 1812. Beside his outstanding musical work, he was also a distinguished military engineer. – Boris de Zirkoff. ]
[7] All over India musical societies are being organized for the restoration of the ancient national music. One of these is the Gâyana-Samâja in Poona. (H.P.B.)
[8] Râjâ Surendronâth Tagore is a doctor of music and has a number of decorations, among them being those of the King of Portugal and the Emperor of Austria, for his work entitled On the Music of the Âryans. (H.P.B.)
[Râjâ Sir Saurindra Mohana Tagore (or Thâkura) (1840-1914) was a younger brother of Mahârâja Sir Jotindra Mohana Tagore. He was educated at the Hindu College and at sixteen began the study of music, English and Bengalî. Founded in 1881, the Bengal Academy of Music. He collected books and published a number of works on music and musical instruments. He became a Doctor of Music at Oxford, 1896, receiving later many titles of honor and being knighted. – Boris de Zirkoff.]
[9] [James Bruce (1730-1794) was a Scottish explorer in Africa. Educated at Harrow and Edinburgh University; examination of Oriental MSS. at the Escurial led him to the study of Arabic and determined his future career. Appointed as British consul at Algiers, with a commission to study ancient ruins. After some years of travel in the Middle East and in Abyssinia, he reached in 1770 the long-sought source of the Blue Nile, and also traced its course to its confluence with incredulity concerning the story of his explorations, and soon retired to his home at Kinnaird. Published in 1790 his Travels to Discover the Source of the Nile in the Years 1768-73, in five octavo volumes, lavishly illustrated. The best edition of this work is the third of 1813. – Boris de Zirkoff. ]
000
In September 2016, after a careful analysis of the state of the esoteric movement worldwide, a group of students decided to form the Independent Lodge of Theosophists, whose priorities include the building of a better future in the different dimensions of life.
000