Facing the Challenges Posed by
Elementals of Earth, Water, Air and Fire
B. P. Wadia 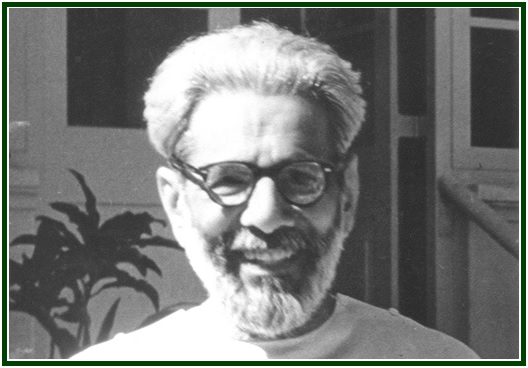 Mr. B. P. Wadia (1881-1958)
00000000000000000000000000000000
The following text is a chapter
in the book “Living the Life”, by
B. P. Wadia (Indian Institute of World
Culture, Bangalore, India, 1981, 156 pp.).
000000000000000000000000000000000000000
“Self-control and self-expression are not two
processes but two phases of but one process.”
Our fitness or otherwise to enter the Occult World and maintain our position therein is tested definitely at an early stage of our inner Life.
The test comes from the Great Law, Sifter of man’s Dharma, on the Path of Woe. The significance of this process can be understood by a correct reading of a few verses in the Gospel of St. Luke (Chapter 9). To different types of aspirants Jesus gives different answers. He rejects one eager to “follow thee whithersoever thou goest” by a diplomatic answer that “The Son of man hath not where to lay his head.”
To a second he advises, “Let the dead bury their dead; but go thou and preach the kingdom of God.” To the third he says, “No man having put his hand to the plough, and looking back, is fit for the kingdom of God.”
Here are three definite situations and all of us should enquire if we belong to any of them. Are we only lip-professors, and is our earnestness rooted in selfishness or egotism, and our devotion energized by personal ends and personal motives? For us, then, there is no place in the Occult World. Or are we half-hearted, yet desirous of trafficking in the shades of the shadow world of the dead? Have we very definitely come out from among them? Or do we belong to the third type – having abandoned earthly possessions we regret our step and yet are attracted by the Ideal, possess a desire to be like Them, so that we might help Them?
This test has to be passed.
Occultism speaks of the neophyte passing the tests of the elementals of earth, water, air, fire, when he enters the World of the Spirit. The correct understanding of this mystery emblem is naturally beyond most of us. But let us try to understand as best we can what it implies.
In the composition of our being are the four elemental forces which, on their material side, are spoken of by the Ancients as Elements of Earth, Water, Air, Fire. The four temperaments, phlegmatic, sanguine, choleric and melancholic; the four types of Nature-spirits, gnomes, undines, sylphs and salamanders; and several other quartets are related to and correspond with each other. For the purposes of our study, it will suffice for us to honestly ask and find answers in full and stern justice to these questions:
– Are we of the earth earthy, so full of worldly belongings that we are thrown out by ourselves from the Occult World? Are we like unto that young man who “went away sorrowful” (note, he was not sent away) “for he had great possessions”? Or are we watery people, sentimental, goody-goody, wishy washy, desirous of observing customs and manners of the world of the dead? Or are we self-opinionated folk who must air our views in season and out of season and tell the world what we are doing or going to do, what we think and feel and who, like unto the third aspirant of Jesus, “first go to bid them farewell, which are at home, at my house,” and incidentally tell them what we are going to do, righteously and virtuously follow the Lord, and air our views on the subject, and other matters besides? Or are we the fiery type – who can burn up earth and dry up water, and whose only enemy is the gale of fury which sometimes overpowers the weak flame and the young fire?
There are fires which cannot be extinguished and there is the Spiritual Fire, which so subdues the breeze and gale of Ahamkara, that it burns steady and bright. This Fire is the controller; it too is the manifester and expresser of its nature.
Young aspirants sometimes forget that self-control and self-expression are not two processes but two phases of but one process.
The co-ordination of these two has to be achieved. To eliminate the earthy-rigidity of the senses, the watery-mobility of the emotions, the airy velocity of the thoughts by proper, adequate and all-round control, and to use them as channels of the Fiery Soul which is our real Self, so that it can express itself in its true grandeur and glory, is the double work of every aspirant.
To make our body of senses and limbs the stately mansion which puts forth the majesty and tenderness of Mother Earth; to make our emotions start from the spring of Love, glide forth in the river of gentleness and empty themselves in the Ocean of Compassion; to make our thoughts harbingers of goodwill and like birds rise in the Ether of Space, singing their songs – joyous and clear and fresh; to transform ourselves into the steady-burning Flame of Nachiketas’s Fire – symbol of the Disciple; that is the task that lies before us.
Self-made is the Path, Self-determined is the effort to tread it. Treading the Path we realize the Self. In Self-realization we become the Path. Thus the Truth, the Way, and the Life are one.
000
In September 2016, after a careful analysis of the state of the esoteric movement worldwide, a group of students decided to form the Independent Lodge of Theosophists, whose priorities include the building of a better future in the different dimensions of life.
000