A Selection on Masonry from the Writings
of HPB, Compiled by Geoffrey A. Farthing
Helena P. Blavatsky 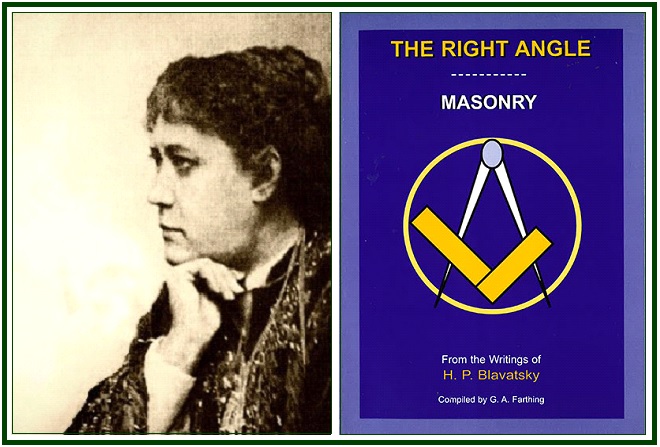 Preface
These extracts from H. P. Blavatsky’s (H.P.B.’s) voluminous works are intended to give some information about Masonry and the flavour of her thinking on the subject as she dealt with it over the period of her writing from 1875 to 1891.
H.P.B. was exposed to Masonry via relatives and friends in her formative years, and later many of her associates were Masons. Among them were some, including Col. Olcott who helped in the founding of the Theosophical Society and became its first President.
Click to read
The Right Angle
000
The book “The Right Angle” was published in the associated websites on 28 March 2021.
000
Take a look at texts by G. A. Farthing. Visit the website of The Blavatsky Trust.
You are invited to see the texts “Life And Work of Geoffrey Farthing”, by Carlos Cardoso Aveline, and “G. Farthing, the Constant Theosophist”, by Robert Kitto.
000