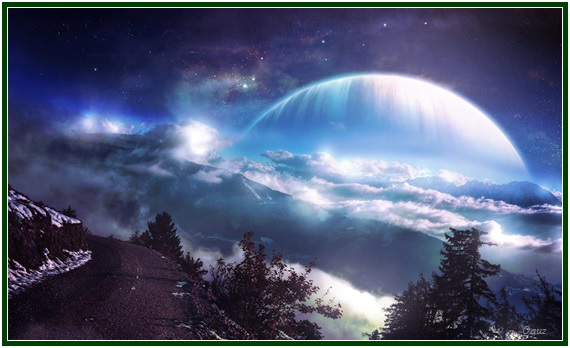 0000000000000000000000000000000000
Editorial Note:
The following article was first published
anonymously at “Theosophy” magazine,
Los Angeles, in its September 1922 edition,
pp. 362-363.  An analysis of its style and
contents shows it was  written by Mr. Garrigues.
(CCA)
000000000000000000000000000000000000000000000
There seems to be no end to the reiteration by the Wise of the fact that the quiet spot must be found and at last held under all circumstances. One must attain an equilibrium that cannot be shaken by personal emotion; one must be ready to say under whatever  circumstances, whether expected or unexpected, “This is just in fact what I desired”; one must accept Law in full and not in partial or divided application.
In the very nature of growth, a long time is required, even after the earnest student is familiar with the written text, for the veils to lift on its true meanings. The still lingering virus of the vicarious atonement idea deludes him into thinking that in some mysterious way the knowing mentally of the text will save him. He does not grasp that it is only in hourly application to daily living, the true meaning will become revealed.
He has studied the devotional books from cover to cover, knows them in fact “by heart” – yet to him they are hidden in their essential meaning; their secret intention escapes him. Only by the gradual strengthening of the will through repeated and persistent attempts at partial application, does he come at last to realize that the application  must be in full. Else, he but the more solidly buttresses that part of his nature which he does not subject to the Great Law.
The one thing to be striven for is calm or steadiness if ever we are to be factors for good –  agents for righteousness. We know that. And we begin the seemingly endless and hopeless quest for that quiet spot where unity is. Through thousands of failures we continue the search. That unshakable place of peace – does it exist for every Pilgrim? We become so blinded by our failures that, unconsciously, we come to believe it to be but for the few, or if for ourselves, only in the far vistas of the future. Not now is it for us. Greater shocks come to awaken us from the sleep of this error. We are forced to find that imperishable place or be cast away to another, a lesser opportunity.
Yet we are aware that there are Those who have attained; Those who can stand through any shock, and have so stood though nations fell; Those who have not left us when their attainment was complete. Bearing the Message of their Journey They come, presenting it not as their own but as the work of the Great Ones to whom They eternally point. The while They stand as examples of what They bring, the mongering world accepts the Message and rejects the Messenger. The student still expects by some miracle not to comply with all the conditions. He wishes to select his own.
It is only when driven to the confines of despair that he finds he must turn, for he cannot escape Life. He has to face Life itself. If then, it must be faced, it were better to face it squarely. So resolved, half the burden falls from him, and he has found the strength to face his lower self. Confronting it now, it does not terrorize him, for he knows it to be his own. He faces it under the aspect of Law – the Sweet Law of Alaya’s Self-returning Harmony. In the midst of the clangor and the din, he knows that immediately beyond lie the sweet peace of life and a purified understanding. If the struggle seems almost unendurable, he may know that the same Good Law that brought the struggle will equally bring the compensation for effort made.
In the stead of constant poniard thrusts of resentment into the deep heart of his new life; in the stead of tidal rebellions that sweep and waste and pillage the garnered high moments of the soul, he holds the resolution to suffer or enjoy whatever is the Will of the One Life  – in reality his own and only true will. Making this will his will, he has the force of every Master of Beneficence abiding unseparate and unapart in him. He no longer struggles against any conditions; he works with them. With this resolution reaffirmed from moment to moment until it becomes continuous, he comes to feel gratitude – in which there is no gratulation – that after resignation is contentment, satisfaction, knowledge; that back of all lies the Ocean of Self; that behind all the emotions and sensations of what we call life, there is that still deep current of Real Life or Love, of which they are but obscurations.
000
In September 2016, after a careful analysis of the state of the esoteric movement worldwide, a group of students decided to form the Independent Lodge of Theosophists, whose priorities include the building of a better future in the different dimensions of life.
000