The Best Victory Must Be Won in
Silence, Long Before It Becomes Visible
Carlos Cardoso Aveline 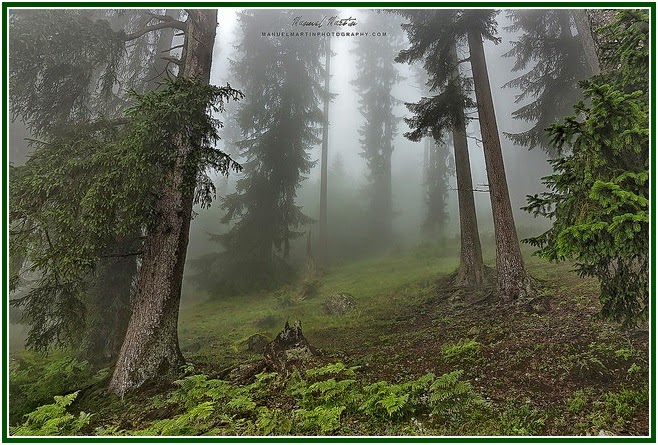 Our higher responsibilities do not emerge all of a sudden.
They start to be seen little by little as distant trees in a foggy day.
Who is it that can change the world so as to make a different and better civilization emerge?
The large majority of socially powerful persons are in fact powerless short-term managers. Being short-sighted, they are blindly led here and there by appearances and superficial events. Most “politicians” of the theosophical movement are happy to imitate them.
Theosophy does not pay too much attention to short term power structures.  It is in short term actions that we find “the blind men leading the blind”, as denounced in Matthew 15:14.  It is the “common” citizens that are in charge of effectively creating the substance for the universal brotherhood of mankind. It would be wrong to think they do not have the power to do that.
Unlike many a “guru” and head of state, “common” citizens can use creative forms of power and thus renew life. They do not have to pretend or delude. They are not slaves to marketing. They can use Knowledge, pure and simple. For modern theosophy fully  agrees with Plato, who teaches in his Dialogue “Protagoras” that there is nothing mightier than knowledge.[1]
Eternal and practical knowledge – not its appearance – is the lever with which one can change the world.
True, one may have a feeling sometimes that goodwill citizens are “powerless” before the task now waiting for them. In an unsigned article first published in August 1932, John Garrigues wrote:
“It has been said that the most difficult position in the world is that of one who has responsibility without power.” [2]
While Garrigues is right, his sentence is too profound to remain unexamined. Responsibility is septenary. Not all of its levels are easily perceived at once. On each level of consciousness and reality, our responsibilities are plural. They are deep, many-faced and often contradictory.
Our first duty is to listen to our heart. Does the voice of our conscience tell us that the task before us is much larger than the means available to fulfil it? It would be childish and naïve to feel despondent because of that. Theosophy is not for spiritual babies. If our possible goal and responsibility are sacred, if they are ethically correct, if they emerge from our very sense of Self, let’s give them time to fully show themselves and to be understood by us as time passes. In the meantime, let’s make a calm, undogmatic endeavour to walk in their direction.
In the short run it is correct to think that “I have a goal but not the means to attain it”. In the long run, however, a correct object and the means to reach it are never separate. Not if the goal is noble and if it transcends the illusory world of outer forms. As we understand our goal, we inevitably see the means to attain it.
Every level of outward reality is created along time by mind and spirit. We think before we act. Facts and structures are plastic. They obey to thought and to mind, and Patanjali taught that the soul has the same form of that on which it dwells. [3]
If we concentrate mind and heart on a goal, the means to attain it will make themselves visible and available in due time, not necessarily in our present lifetime.
“According to the pains [taken] is the reward”, says the Jewish “Pirke Avoth”. [4]
The potentialities of human soul and mind are unlimited, and they evolve gradually. Our higher responsibilities do not emerge all of a sudden. They start to be seen little by little as distant trees in a foggy day. The same happens with the means to fulfil our duty. Even the longest distance must be walked step by step, and each step enables us to see the entire mission in a more accurate way.
Theosophists and citizens of goodwill share the same power which moves stars and leads our planet along its course of evolution.
If our responsibility is “high”, our soul must adopt its same level and work on it. No high task is limited to short term. We are also never alone when it comes to discharge a sacred duty: any feeling of solitude will be part of the illusions to be faced and won. Small, objective steps must be taken each day for actual progress to be made towards the goal. If we have a correct view and understanding of human future, right action is easier to attain. Victory is silently won long before it is made visible. Responsibility is anonymous, and the means to fulfil one’s duty towards the Soul are not always easy to calculate or to see beforehand. They often materialize in a precarious way just as we Try again and again.
NOTES:
[1] “Protagoras”, Plato, folio [357], or p. 62 in “The Dialogues of Plato”, translated by Benjamin Jovett, Encyclopaedia Britannica, Inc., 1952.
[2] “The Limits of Responsibility”, an unsigned article in “Theosophy” magazine, Los Angeles, August 1932, pp. 437-438. On the criteria used for identifying articles by JG, see the article “Life and Writings of John Garrigues”, by Carlos Cardoso Aveline.
[3] “The Yoga Aphorisms of Patanjali”, book one, aphorism 4.
[4] “Ethics from Sinai”, an eclectic, wide-ranging commentary on Pirke Avoth, by Irving M. Bunim, Philipp Feldheim, Inc., New York, 1964, see volume 3, p. 424, Perek V, Mishnah 26.
000
In September 2016, after a careful analysis of the state of the esoteric movement worldwide, a group of students decided to form the Independent Lodge of Theosophists, whose priorities include the building of a better future in the different dimensions of life.
000