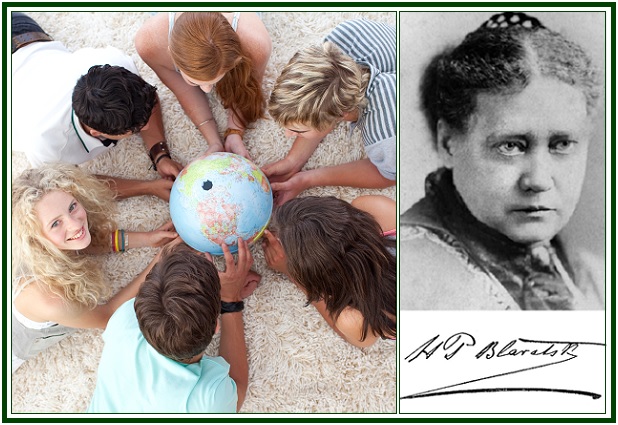 Each lodge or group of truth-seekers must be independent in the sense of perceiving its own duty, and in the sense of listening to its own members more than adjusting itself to external orders.  However, for a lodge to be independent, its associates must share the same characteristic.
Independence does not mean separation. There is nothing separate in the universe: everything interacts in various ways. An independent individual is aware of his specific self-responsibility before Life and has a knowledge of his higher potentiality, which must be developed.
There is a noble karmic price to pay for believing in ethics and inner freedom. Individual independence means listening to one’s own conscience. A citizen thinks and acts with independence when he has self-knowledge enough to listen to his own conscience and to move in the world in obedience to it.
Independence is necessary for Antahkarana, the bridge to the higher self, to be duly respected. Antahkarana is the source of individual creativity and gives students an ability to renew life at each instant.
The Lodge
An independent theosophical association strengthens the autonomy of its associates and friends. The lodge must be a process of cooperation in which everyone learns and all of them teach, in one way or another, while preserving a sense of respect for the differences in knowledge, insight and accumulated experience.
An effective leader learns from each and every one.  He takes lessons from all events. On the other hand, the well-advised student knows that he is his own master in the first place, and that he also teaches and influences other beings, secondarily.
A lodge of independent students does not see the theosophical movement as a church or “community of believers”. It recognizes that the movement is a continuous process of free research and learning. Every obstacle is a source of lessons and a form  of training.
The teaching adopted by the lodge has to be authentic according to the best criteria available. The Pedagogy used must be clear-cut, unambiguous, transparent, open to discussion, free from blind belief. It must teach self-responsibility and direct individual verification of what is taught, in accordance with the original teachings of theosophy as given by Helena Blavatsky and the Masters of the Wisdom.
While all are frank and brotherly among them and towards Life as a whole, each individual is self-responsible before the Law. The truth-seeker attains victory by his own merit, and he does so in a gradual way, at the same time as he helps others and is helped by them.
000
“The Nature of an Independent Lodge” is available at the associated websites as an independent item since 31 July 2021. An initial version of the article was anonymously published in the September 2016 edition of “The Aquarian Theosophist”, pages 3-4.
000
Read more:
*  “Annotations on Karma”.
*  “Profile of the Independent Lodge”.
*  “How to Build a Theosophical Lodge”.
*  “The Three Levels of Association”.
*  “Immortal Sages Humbly Obey the Law”.
000