The Truth About the Order of
the Knights of John the Baptist
Helena P. Blavatsky 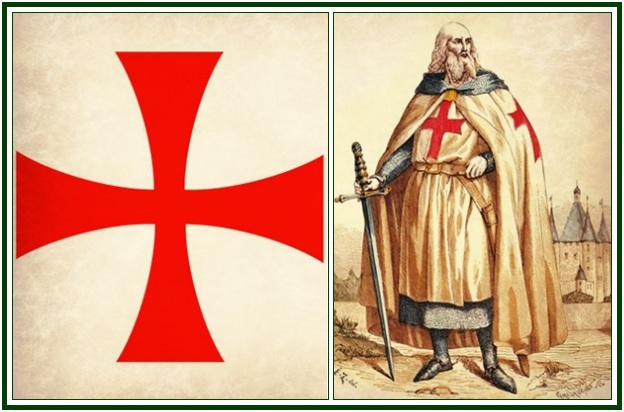 Jacques de Molay and the Cross of the Templars
A 2020 Editorial Note
Regarding the secretive, yet famous Order of the Knights Templars, the use of discernment is especially necessary, for in the first years of 19th century the Order was almost entirely reinvented by the Jesuitical Vatican, for propaganda purposes.
In “Isis Unveiled”, Helena Blavatsky quotes these lines from the distinguished freemason Charles Sotheran:
“The modern Templars, whom you refer to in your letter, are but mere magpies in peacock’s plumes. The aim of the Masonic Templars is the sectarianization, or rather the Christianizing of Masonry, a fraternity which is supposed to admit the Jew, Parsee, Mahometan, Buddhist, in fact every religionist within its portals who accepts the doctrine of a personal god, and spirit-immortality. According to the belief of a section, if not all the Israelites, belonging to the Craft in America – Templarism is Jesuitism.”[1]
The following text is reproduced from “Isis Unveiled”, volume II, pp. 380-387.
Title and subtitles have been added by us. In order to make a contemplative reading easier, some longer paragraphs were divided into shorter ones. We added a few footnotes.
(Carlos Cardoso Aveline)
Click Here to Read
“The Mystery of the Templars”, in PDF
NOTE:
[1] “Isis Unveiled”, Helena P. Blavatsky, vol. II, p. 390. (CCA)
000
The article “The Mystery of the Templars” – which is part of “Isis Unveiled” – was published in the associated websites on 16 June 2020.
Researchers interested in more bibliographical references will find it useful to examine the footnotes added to this text in the “Isis Unveiled” edition published by editor Boris de Zirkoff (Quest Books, Wheaton, Illinois, second printing, 2000). Numbers of pages are the same.
000
See the articles “Jesus Christ, the Warrior of Truth” and “The Imitation of Christ”.
000