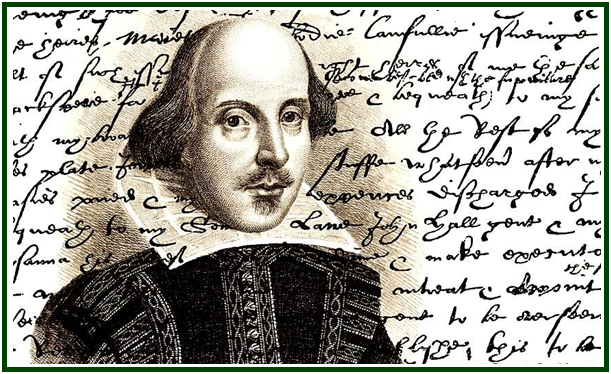 William Shakespeare (1564-1616)
00000000000000000000000000000000000000000
The following text reproduces Chapter Three of
the book “The Fire and Light of Theosophical
Literature”, Carlos Cardoso Aveline,  The
Aquarian Theosophist, Portugal, 255 pp., 2013.
000000000000000000000000000000000000000000000000000
“The mind of one who has attained Yoga
is like a steady flame undisturbed by wind.”
(“Dnyaneshwari”) [1]
During the practice of self-observation, it is useful to examine the quality of our strongest loyalties. For the flame of loyalty is made of affinity, and one naturally tends to be loyal to that with which, or those with whom, one identifies oneself.
Are we, by any chance, instinctively loyal to outer shells and personalities? To passing, selfish desires? Or perhaps to bureaucratic and ritualistic structures? And, how do we handle the fire of the conflicts between different orders of loyalty and commitment in our lives?
These are not easy questions to answer, and the evolution of the theosophical movement faithfully reflects the contradictions of human soul. Its inner history reads like a play by Shakespeare. Loyalty and treason are both easy to find in it.
Understanding the struggle between these two trends leads one to a transcendental view of human life and of the drama of the soul divided between Spirit and Matter. The fruits of such a constant “conflict” are directly related to the state of one’s own Antahkarana, the bridge or the Jacob’s ladder between spiritual “celestial” soul and the lower “terrestrial” principles of consciousness.
When one looks deeply enough at the question of loyalty versus treason in the esoteric movement – as in any nonprofit organization -, one sees that perhaps the main conflict can be better described, not as a choice between loyalty and its opposite, but as a choice between loyalty to that which is elevated and loyalty to that which belongs to the lower levels of Nature.
For facts show that even a “dishonest” people is usually most “loyal” to his own dreams of apparent greatness, or to his pet fancies of personal happiness; he is disloyal to nobler feelings, out of loyalty to the lower ones.
The main question to ask ourselves, then, is not whether we are loyal people. Everybody is more or less loyal to something, since everyone follows his or her own affinities. Instead, the question to be asked is probably:
“To what, and to whom, are we truly loyal in our hearts?”
And also:
“Are we honest with ourselves, with our higher souls and the principles of universal truth and ethics?”
In his play “Hamlet”, Shakespeare wrote these axiomatic lines:
“To thine own self be true, and it must follow, as the night the day, thou canst not then be false to any man.” [2]
As to loyalty to impersonal principles, a Master of the Wisdom wrote in 1884:
“However little we might care for personal subserviency to us, the accepted leaders of the Founders of the Parent Theosophical Society, we can never approve or tolerate disloyalty in any member of whatsoever Branch to the fundamental principles represented by the Parent Organization. The rules of the mother-body must be lived up to by those composing its Branches; provided of course, that they do not transcend the three declared objects of the organization.” [3]
The original organization of the movement ceased to exist soon after H.P. Blavatsky’s death. The various Theosophical Societies radically changed their rules, while the United Lodge of Theosophists has no formal structure whatsoever – except a commitment to the original theosophy. The movement is still young thanks to its outer diversity. On the other hand, its fundamental principles are precisely the same in the 21st century as they were in 1884.
Honesty towards one’s own conscience and respect for universal principles keep the theosophical movement alive and make humanity go ahead in its evolutionary journey. And this, of course, transcends personal attachment to any courtesy rules, rituals or social position.
Universals do not change with the passing millennia, nor does loyalty to the principles of truth. The torch with the fire and light of Honesty gets transferred from one generation to the other, as from each incarnation to the next one.
NOTES:
[1] “Gita the Mother” (The “Dnyaneshwari”), by Dnyaneshwar Maharaj, translated into English by Manu Subedar, Kalyani Publishers, New Delhi, 1972, 318 pp., p. 96.
[2] Polonius says so to his son Laertes in Act I, Scene III.
[3] “The Mahatma Letters”, TUP, Pasadena, California, USA, Letter LXXXVII, p. 408.
000
In September 2016, after a careful analysis of the state of the esoteric movement worldwide, a group of students decided to form the Independent Lodge of Theosophists, whose priorities include the building of a better future in the different dimensions of life.
000