In Theosophy, Each Thought Counts
And Small Moments Prepare the Great Ones
Carlos Cardoso Aveline 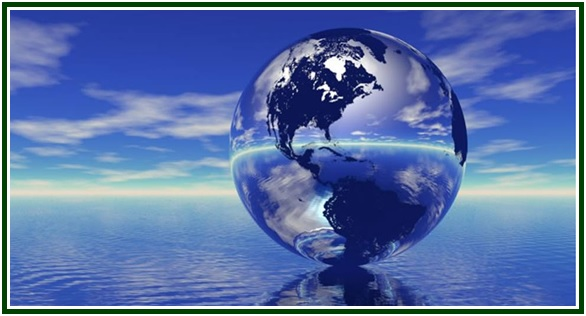 The distance between one’s ideal and one’s practice is natural: it means that our Ideal is high.
There has to be a long way between the place we are and the place we want to get to. Otherwise, we would have no ideal in life.
However, one must carefully observe the quality of the efforts he makes to reduce the contrast between precept and practice. The danger of hypocrisy has to be made visible. Transparency is an effective tool to reduce the levels of untruthfulness.
Even in “advanced” levels of learning, everyone must examine the various possibilities of self-deceit and collective delusion.
A leadership that avoids mentioning the danger of becoming whited sepulchres is working under the delusion that the path is not really probationary. It is letting people think that belief is more important than testing every bit of knowledge in practical life.
Avoiding reference to the possibility of failures is the shortest way to pious frauds and every other form of defeat. Hence the need for humbleness and for the courage to be sincere along the way. Being honest to oneself implies being honest to others, and it requires courage because the practice of sincerity irritates many. A sense of justice that is absolutely impartial in ethical questions constitutes a central tenet in esoteric philosophy. To be impartial is to look and to judge with no distortions.
A Master of the Wisdom wrote that in the sight of the Raja-Yogis “an honest boot-black [is] as good as an honest king, and an immoral sweeper far higher and more excusable than an immoral Emperor”. [1]
A simultaneous attention needs to be developed by each pilgrim regarding various and contradictory levels of reality. The Path does not constitute a one-line or monotonous progression. It is multidimensional and alchemically complex. Each step one takes changes all the aspects of the road. Every effective effort transforms the place you are and gives you another point of view, with a number of potential insights.
The experience of progress is therefore not merely accumulative. In order to obtain wisdom, you must give up unwisdom, and a Master wrote to a disciple:
“You have much to unlearn.” [2]
As we see new facts, false impressions are abandoned. One does not go ahead half a meter without leaving behind the corresponding set of illusions. However, one does not transcend material routines by abandoning his duties. One must perform his tasks, however “boring”, in a way that is consistent with the chosen ideal.
Actions That Are Consistent With One’s Goal
The main tool of the student is his own lower self. Knowing such an instrument and learning to use it with efficiency takes more than one lifetime. The pilgrim has to exchange once and again his old tool for a new one, before fully learning how to work with it. Yet the immediate time is most important in the building of a long-term trajectory to eternal wisdom. There is a lot that can be done in each incarnation which will open his horizons.
Every cycle of 24 hours is complete in itself, with its own meaning, its lessons and lasting beneficial effects. The Eternal is in the Now: the blessing of plenitude must be found behind the apparent Void.
As Helena Blavatsky clarified, the New Testament Jesus is the symbolical voice of everyone’s spiritual soul; and it says:
“If anyone wishes to come after Me, he must deny himself, and take up his cross and follow Me. For whoever wishes to save his life will lose it; but whoever loses his life for My sake will find it. For what will it profit a man if he gains the whole world and forfeits his soul?” (Matthew 16: 24-26)
It is by “dying” to material things or “accepting the void” that one can live indeed and do so in a lasting way. When one’s lower self faces “the absolute nothingness of its life”, the higher self flourishes. And for that to occur a multitude of tasks must be daily carried out in a perspective that is entirely different from any previous one.
Humbleness Regarding Small Duties
While the pilgrim must classify his tasks and actions by order of importance, it should be done with care. Once a task is acknowledged as being part of my duty, it must not be neglected: the way I perform an action is as important as the action in itself.
In theosophy, small moments prepare the great ones. Everything in life contains seeds of connection to the divine self. Right action includes buying bread, driving a car and reading a book. By observing his own emotions or thoughts, the pilgrim preserves the cleanliness of the temple within. As he helps with “boring” duties at home or performs each task at work, he practices patience; develops his sense of impersonality, and strengthens his concentration in accordance with the teachings of Raja Yoga, Karma Yoga, and Jnana Yoga.
A humble task, if well done, opens the karmic door to better opportunities. Sleeping well, eating well, taking good care of the health and having the right kind of meditative walks – among many other examples -, are all opportunities to expand antahkarana, the bridge to the higher self. Each thought counts, and small decisions make the difference: there are no neutral factors. Every gesture made and word said is significant.
NOTES:
[1] “The Mahatma Letters”, TUP, Pasadena, CA, Letter XXIX, p. 223.
[2] “Letters From the Masters of the Wisdom”, transcribed by C. Jinarajadasa, first series, TPH-Adyar, India, sixth printing, 1973, Letter 20, p. 53.
000
The above article combines notes and fragments anonymously published in “The Aquarian Theosophist”: “The Precept and the Practice” (February 2016 edition); “Giving Up in Order to Obtain” (February 2016 edition); and a few items from “Thoughts Along the Road”, in the January 2016 edition.
000
On the role of the esoteric movement in the ethical awakening of mankind during the 21st century, see the book “The Fire and Light of Theosophical Literature”, by Carlos Cardoso Aveline.