Loving Truth, Rejecting Illusion,
And Seeing the Difference Between Them
Carlos Cardoso Aveline 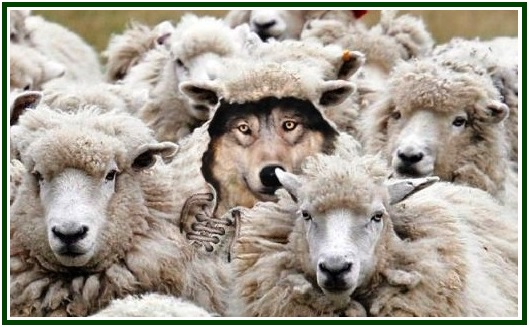 By dealing with falsehood, we learn to use and expand our discernment.
Sincere people find it particularly bitter to deal with hypocrisy, because it comes from a block of Karma that is far distant from truth, and yet it presents itself as if it were good and honest, and catches many by surprise.
Hypocrisy is an expression of ignorance combined with selfishness. It hides behind the complexities and contradictions of life, in order to deceive others and perpetuate its own self-delusion.
Although its stinking contents remains the same, falsehood constantly changes its form. It may express itself in brutal ways, or become the sweetest and most subtle poetry of pseudo-love, depending on temperament and occasion.
The saddest aspect of hypocrisy is probably the fact that before being a hypocrite towards others, an individual must be a hypocrite to himself. The liar and the insincere have lost their sense of reality. Their antahkarana is in trouble. Their connection to their higher soul has been sacrificed for them to deal with feelings of inner fear and compensatory emotions like ambition, vanity, search for power over others, and so on. These are false refuges from the anxieties of separativeness.
There are many “sincere hypocrites” in the theosophical movement. These are basically honest persons who have had no access to a proper pedagogical action. Only a correct Pedagogy can help people get rid of the inherited falsity of our age, in family, in work, in society, and above all in the daily inner relation with oneself.
When we look at the pedagogical failings of esoteric associations, with their cult of personalities and organizations, their “spiritual emotionalism”, their disguised aiming at the money of people or their devotion to false masters, we must remember that it is not the individual choice of people to be false. Nobody told them about any other way of living. They were born to a world of falsity and believe it is necessary to adhere to it.
The learning of sincerity and discernment is no easy matter. The first victim of hypocrisy is the hypocrite. He lives under the torture of having no clarity of vision. He got caught in a cobweb of interconnected falsehoods, voluntary and involuntary, created by him and created by others, and whose nature he cannot discern.
Therefore theosophists fight ignorance, and never the ignorant. And while this is true, the ignorant may be “mortally offended” by the theosophist who is fighting his beloved ignorance-presented-as-wisdom, with which he identifies himself.
A theosophist who is well informed about human nature knows he is only a pilgrim. He is not entirely free from illusion. Although he may be guided by a pure heart, the path of liberation from falsehood is still something to walk one step after the other, with courage and caution. The task needs balance and firmness, flexibility and determination, a humbleness before victories, a calm serenity regarding defeats, and a long-term view of things.
In order to improve the way humanity creates and renews its own karma, we need an ethical system through which people can learn to love truth, reject illusion, and see the difference between them. This is given by works like those of Confucius, Lao-tzu, Cicero, Seneca, Musonius Rufus, Epictetus, Ivan Il’in, Helena Blavatsky, Robert Crosbie and others.[1]
Wherever we are, the Mahatma Letters and the books by Blavatsky give us a timeless structure and universal viewpoint to look at the whole of life and human literature.
NOTE:
[1] Plato, Marcus Aurelius, Gottfried Leibniz, Baron Holbach, Jean-Jacques Rousseau, Immanuel Kant, Erich Fromm, Nicolas Berdyaev, Leo Tolstoy, the writings of John Garrigues, B. P. Wadia, Damodar K. Mavalankar, Blaise Pascal, Maine de Biran, Mohandas Gandhi, Albert Einstein, William Q. Judge, S. Radhakrishnan, and works like The Dhammapada, Jnaneshvari, the collection of the Tripitaka, Wen-tzu, the Upanishads and the Bhagavad Gita are also among the significant references.
000
In September 2016, after a careful analysis of the state of the esoteric movement worldwide, a group of students decided to form the Independent Lodge of Theosophists, whose priorities include the building of a better future in the different dimensions of life.
000