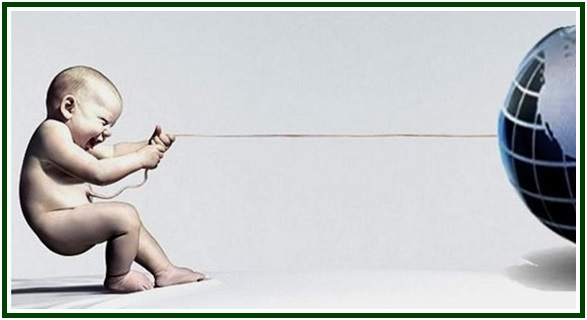 Studying the birth of a planetary consciousness is one of the main goals of the Lodge
In the first days of November 2009, the office of the United Lodge of Theosophists in Los Angeles recorded the creation of a lodge of the ULT in Brazil, which would include associates from Portugal.
Seven years later, the inner and external growth of the lodge led it to declare its independence from the ULT, disassociating its work from the federation of groups whose Western focal point is situated in Los Angeles.
In 2009, the Lodge is Born Inside the ULT
The recording procedure started on 21 October 2009, when the letters of 11 students, already associates of the ULT, were sent to Los Angeles.
The documents – signed by ten students from Brazil and one from Portugal – requested the new theosophical work to be registered in the archives of the United Lodge as a ULT Lodge in Brazil. Their public work had begun in 2007.
The United Lodge of Theosophists was founded in the United States in 1909 with the goal of preserving the original proposal of the theosophical movement. It now has some 30 lodges and ten study-groups in approximately 15 countries.
Since the foundation of the movement in 1875, it was the first time in 2009 that an active theosophical lodge emerged in Portuguese language which was entirely dedicated to the authentic theosophy, including of course its interdisciplinary and intercultural dimensions.[1] This took place in the year of the first centenary of the ULT.
During seven years, between 2009 and 2016, the Brazilian-Portuguese Lodge grew in inner strength, and the articles it published got readers from different parts of the world, in more than one language.
In 2016, the Declaration of Independence
The unfolding of the work brought about increasing responsibilities.
On 14 September 2016, the active voluntary workers of the association decided to form an Independent Lodge of Theosophists, with no nominal or organic link to the United Lodge in Los Angeles.
The independent Lodge will thus be free to work with more autonomy and to conduct its own research on a number of topics. It aims at expanding the bridge between the original theosophy of Helena Blavatsky and the humanist culture in Western countries.
The association has various websites in English. It publishes since 2012 the monthly electronic journal “The Aquarian Theosophist”, which was founded in the year 2000 by Jerome Wheeler. In October 2013 “The Aquarian” published in paper the book “The Fire and Light of Theosophical Literature”.
The monthly journal “O Teosofista” circulates in Portuguese since 2007.
In 2014, “The Aquarian” published in Portuguese an annotated translation of the classic work “Light on the Path”,  with a preface and notes highlighting for the first time in any language the point of view expressed by Helena Blavatsky on that work.
The lodge directs the e-groups E-Theosophy (in English) and SerAtento (in Portuguese). Among other tasks, it also maintains a significant number of Facebook pages.
One of the priorities of the Lodge is studying the birth of planetary consciousness, a process which brings about the awakening of universal ethics and brotherhood.
While learning lessons from the past, the independent theosophists work at helping build a better human future. Applying their own discernment of right and wrong according to the original teachings of Theosophy, they use with realism the power of positive thought.
Independent Lodge: the Influence of Numbers
Pythagoras revealed that the universe is built on the basis of subtle Geometry and Mathematics. Helena Blavatsky thought the same as the Pythagoreans and Jews regarding the power of numbers. Her whole life occurred in relation to numerological influences, and “The Secret Doctrine”, her best-known work, examines the numerical cycles presiding over the periods of manifestation and repose of the cosmos and significant celestial bodies.
The cycles of cosmic life also guide the evolution of each human being,  and social activities.
The influence of the cycle of one hundred years is well known in Theosophy.[2] Many, however, do not pay attention to the fact that the Mahatma Letters refer to the existence of an occult cycle of 107 years, which combines the power of the one hundred years’ cycle and the energy of number seven. [3]
The fact relates to the Independent Lodge.
One hundred years passed between the foundation of the ULT in 1909 and the creation of the Brazilian-Portuguese Lodge in 2009.  There are 107 years between the founding moment of the ULT in 1909 and the establishment in 2016 of the Independent lodge.
Nothing takes place by mere chance, and Life constantly renews itself. Through small facts and humble initiatives, each student of authentic theosophy can make the difference in the process of rebirth which the wisdom of altruism is undergoing on a planetary scale.
NOTES:
[1] The Viscount of Figanière (1827-1908), a personal friend of Helena Blavatsky and her family, lived in Russia as a diplomatic representative of Portugal and was a member of the theosophical movement. He also lived for several years in Brazil. Figanière was probably a member of HPB’s Esoteric School during her life. His 744 pp. book “Estudos Esotéricos” (“Esoteric Studies”) was published in Lisbon in 1889 and presents an accurate description of the work for mankind done by the Masters of the Wisdom and their disciples. Figanière’s writings are mentioned twice in “The Secret Doctrine” and he had a number of articles published in the magazines “The Theosophist” and “Lucifer”* while HPB was alive. However, he founded no theosophical lodge in Portugal. A Portuguese study-group of the ULT was founded in the 1990s, but soon got inactive. (*The word “Lucifer” is the ancient term for the planet Venus: the word has been distorted since the Middle Ages by ill-advised theologians.)
[2] On the cycle of 100 years, readers will find in our associated websites the article “The Theosophical Movement, 1875-2075”, by C. C. Aveline. The revealing text “The Number Seven”, by Helena Blavatsky, is also available in our websites.
[3] “The Mahatma Letters”, TUP edition, Pasadena, CA, USA, Letter XLVII (or 47), page 272.
000