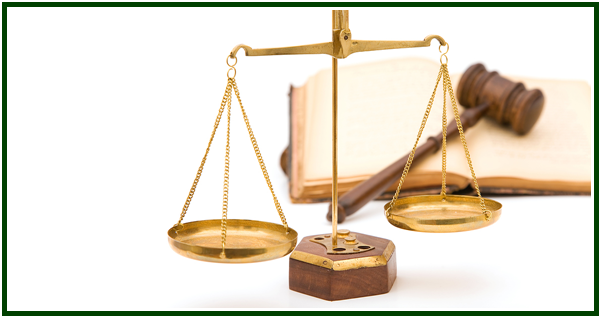 000000000000000000000000000000000000000000000
The present text reproduces Chapter Twenty Four
of the book “The Fire and Light of Theosophical
Literature”, by Carlos Cardoso Aveline,  The
Aquarian Theosophist, Portugal, 255 pp., 2013.
000000000000000000000000000000000000000000000000000
“If we are correct in our interpretation of the
inner nature of fire, we can well understand the
sanctity in which it was held by the Rosicrucians.
The Magi, worshipping the sacred flame, held it
to be typical of the Creative mind and doubtless
the mystery which they attached to Fire partook
of all the meaning we attach to psychic force.”
(Thos. Williams in his article “Psychic Fire”,
“Lucifer” magazine, London, October 1889, p. 133)
Equilibrium based on philosophical knowledge brings about the fire – and the light – of universal wisdom. In order to obtain that, one must adopt a long-term worldview while trying to act in a correct way at each new moment.
To learn from one’s mistakes is of decisive importance. The Law of Karma presides over every flame of life and constitutes the key and the code leading from suffering to happiness: its knowledge gives efficient tools for the truth-seeker to liberate himself.
There is nothing “pessimistic” about esoteric philosophy, therefore, and twentieth century thinker Robert Crosbie wrote:
“…Truly Theosophy does not over-emphasize ‘the cheerless side’ of life at all. It supplies a logical common-sense explanation of existing things; and once a man understands what life is for and what it truly means, together with its great possibilities, he can no longer dwell on the ‘cheerless side’ but feels the greatest confidence, hope and cheerfulness – and has a true basis for the feeling.”
And Crosbie added:
“The fact that Law rules in everything and every circumstance (Karma) is evidence that exact justice is the rule of life. As soon as one sees that there is no ‘God’ to condemn or punish him and that he can only get that which belongs to him, and will surely get everything that does belong to him in a Universe of Law, then he has no reason for being ‘cheerless’, but feels satisfied, responsible, and confident.” [1]
The Dhammapada on Happiness
Pessimism is therefore a form of naiveté. It is often childish. It can be cured by the search for truth. Mohini M. Chatterjee wrote about Theosophy as the path to happiness. [2] The Buddhist “Dhammapada” carefully examines the way to happiness through detachment. In a style which includes a degree of mantramic repetition, that classical book says:
“Let us, then, free from hate, live happily among those who hate; among men who hate let us dwell free from hate.”
“Let us, then, free from the disease of longing, live happily among those who suffer that disease; among men with disease of longing let us dwell free from that disease.”
“Let us, then, free from anxiety, live happily among those who are careworn; among the anxious, let us dwell free from anxiety.”
“Let us, then, live happily, we who possess nothing. Let us live like the Shining Ones nourished on joy.” [3]
It is a fact that the first noble truth of Buddhism is Dukkha, a word usually translated as Suffering. Yet the other three noble truths of Buddhism teach the way to Nirvana or Happiness.
Right thinking and a balanced view of the world lead humans to gradually understand that Wisdom is Happiness, and that a true, unconditional satisfaction emerges from a correct life.
Three Truths About Human Future
Human future is safe. There is no danger about that.  Nothing is separate or isolated in the universe. Mutual help is the law. In the novel “The Idyll of the White Lotus”, by Mabel Collins, one sees some fundamental statements about the future of mankind’s evolution:
“There are three truths which are absolute, and which cannot be lost, but yet may remain silent for lack of speech. The soul of man is immortal, and its future is the future of a thing whose growth and splendor have no limit. The principle which gives life dwells in us and without us, is undying and eternally beneficent, is not heard or seen or smelt, but is perceived by the man who desires perception. Each man is his own absolute lawgiver, the dispenser of glory or gloom to himself; the decreer of his life, his reward, his punishment. These truths, which are as great as life itself, are as simple as the simplest mind of man. Feed the hungry with them.” [4]
Happiness dwells in altruism. Proper knowledge of the Law of Karma will lead mankind to bliss. In opening their own way to a lasting happiness, students of philosophy inevitably clear the way to others as well. Life is always symmetric, and by helping other beings one receives better help oneself. As we saw in Chapter 1, a Master wrote:
“… Look to the future (…). If your eyes were opened, you might see such a vista of potential blessings to yourselves and mankind (…) as would fire with joy and zeal your souls!” [5]
NOTES:
[1] “The Friendly Philosopher”, Robert Crosbie, Theosophy Co., Los Angeles, 1945, 415 pp., see p. 197.
[2] “Theosophy as the Path to Happiness”, an article by Mohini M. Chatterjee, available in our websites.
[3] “The Dhammapada”, With Explanatory Notes and a Short Essay on Buddha’s Thought; The Theosophy Company, Los Angeles, 1955, 140 pp. See Chapter 15, on Happiness, p. 47.
[4] “The Idyll of the White Lotus”, A Mystical Novel, Mabel Collins, Quest Books, Wheaton, Illinois, USA, 1952/1974, 142 pp., see p. 114. The book was first published in the 19th century.
[5] “Letters From the Masters of the Wisdom”, edited by C. Jinarajadasa, TPH, India, 1973, First Series, Letter 20, pp. 51-52.
000
In September 2016, after a careful analysis of the state of the esoteric movement worldwide, a group of students decided to form the Independent Lodge of Theosophists, whose priorities include the building of a better future in the different dimensions of life.
000