Examining the Influence of the
Environment Over Mental and Spiritual Life
Helena P. Blavatsky 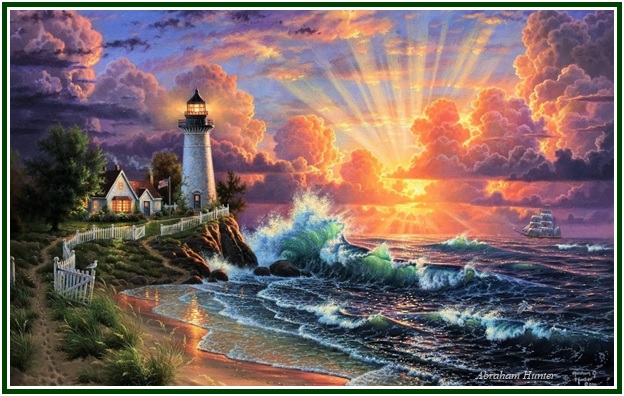 In the East only, and on the boundless tracts of unexplored Africa, will the student of psychology find abundant food for his truth-hungering soul.
The reason is obvious. The atmosphere in populous neighborhoods is badly vitiated by the smoke and fumes of manufactories, steam-engines, railroads, and steamboats, and especially by the miasmatic exhalations of the living and the dead.
Nature is as dependent as a human being upon conditions before she can work, and her mighty breathing, so to say, can be as easily interfered with, impeded, and arrested, and the correlation of her forces destroyed in a given spot, as though she were a man.
Not only climate, but also occult influences daily felt not only modify the physio-psychological nature of man, but even alter the constitution of so-called inorganic matter in a degree not fairly realized by European science. Thus the London Medical and Surgical Journal advises surgeons not to carry lancets to Calcutta, because it has been found by personal experience “that English steel could not bear the atmosphere of India”; so a bunch of English or American keys will be completely covered with rust twenty-four hours after having been brought to Egypt; while objects made of native steel in those countries remain unoxidized. So, too, it has been found that a Siberian Shaman who has given stupendous proofs of his occult powers among his native Tschuktschen, is gradually and often completely deprived of such powers when coming into smoky and foggy London.
Is the inner organism of man less sensitive to climatic influences than a bit of steel? If not, then why should we cast doubt upon the testimony of travellers who may have seen the Shaman, day after day, exhibit phenomena of the most astounding character in his native country, and deny the possibility of such powers and such phenomena, only because he cannot do as much in London or Paris?
In his lecture on the Lost Arts, Wendell Phillips proves that besides the psychological nature of man being affected by a change of climate, Oriental people have physical senses far more acute than the Europeans.
The French dyers of Lyons, whom no one can surpass in skill, he says, “have a theory that there is a certain delicate shade of blue that Europeans cannot see. ….  And in Cashmere, where the girls make shawls worth $30,000, they will show him (the dyer of Lyons) three hundred distinct colors, which he not only cannot make, but cannot even distinguish”.
If there is such a vast difference between the acuteness of the external senses of two races, why should there not be the same in their psychological powers? Moreover, the eye of a Cashmere girl is able to see objectively a color which does exist, but which being inappreciable by the European, is therefore non-existent for him. Why then not concede, that some peculiarly-endowed organisms, which are thought to be possessed of that mysterious faculty called second sight, see their pictures as objectively as the girl sees the colors; and that therefore the former, instead of mere objective hallucinations called forth by imagination are, on the contrary, reflections of real things and persons impressed upon the astral ether, as explained by the old philosophy of the Chaldean Oracles, and surmised by those modern discoverers, Babbage, Jevons, and the authors of the Unseen Universe?
“Three spirits live and actuate man”, teaches Paracelsus; “three worlds pour their beams upon him; but all three only as the image and echo of one and the same all-constructing and uniting principle of production. The first is the spirit of the elements (terrestrial body and vital force in its brute condition); the second, the spirit of the stars (sidereal or astral body – the soul); the third is the Divine spirit (Augoeides).”
Our human body being possessed of “primeval earth-stuff”, as Paracelsus calls it, we may readily accept the tendency of modern scientific research “to regard the processes of both animal and vegetable life as simply physical and chemical”. This theory only the more corroborates the assertions of old philosophers and the Mosaic Bible, that from the dust of the ground our bodies were made, and to dust they will return.
000
The above paragraphs are part of the book “Isis Unveiled”, Helena P. Blavatsky, 1877, volume I, pp. 211-212. Click to see the book in one of our associated websites. In order to facilitate a contemplative reading, large paragraphs have been divided into smaller ones in the present transcription. The text is also published at “The Aquarian Theosophist”, November 2017, pp. 3-4.
000
“The Ecology of Human Consciousness” was published in our associated websites as an independent article on 01 February 2019.
000
On 14 September 2016, after examining the state of the esoteric movement worldwide, a group of students decided to found the Independent Lodge of Theosophists. Two of the priorities adopted by the ILT are learning from the past and building a better future.
000