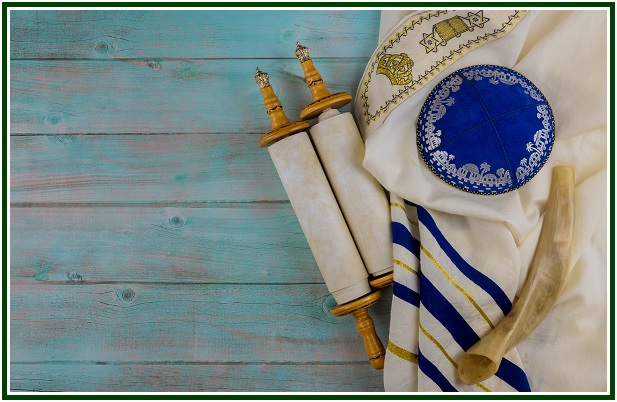 The history of the early races of humanity is recorded in symbolism and allegory in the Hindu and Jewish sacred scriptures. Their respective personifications and personages are symbolic. When compared, these scriptures reveal themselves to be like two branches on the same tree of knowledge of the divine origin of humanity.
The origin of all is one, universal, eternal, absolute and unknowable. It cannot be defined or limited in any way. The most that the human mind can comprehend is that It is, was, and always will be. The unknowable Deific principle in the Hindu and Hebrew texts is identical in meaning. In the former tradition, It is called “Nought Was”, “Parabrahm”, or just Brahmam.  In the latter, the Kabalists called it “Ain-Soph”, nothing.
Moshe ben Maimon (Maimonides) is recognized as one of the most famous commentators on Jewish law. He wrote in his “Guide to the Perplexed” (1190 AD) that God is incorporeal and can only be described by saying what he is not.
Any of these terms refer to a supreme principle, without attributes or form, which is the infinite, universal, impersonal, unrecognizable, immaterial, beginningless and endless, nameless all-pervading reality. Exoterically, it is called the “Spirit” of God moving on the face of the waters.(Genesis1:2)
Every name and personification in these texts is symbolic of some differentiated and manifested aspect of the absolute and unmanifested Supreme reality. The God, or rather Gods, called “Elohim” exoterically in Genesis 1:1, like the Hindu Prajapati, are considered by the Kabalists to be differentiated emanating essences of the Supreme, or intelligent forces, who later create the Heaven and Earth.
The periodical primeval universal intelligent energy of Parabrahm manifesting in infinite space is called in the Hindu texts Swayambhu-Narayana, the “Self-Existent”. The term refers to the periodical reality that manifests, evolves and exists spontaneously without the direction of any being.
It is the outward expression of the ever concealed absolute Deific principle; the periodic effect of the eternal causeless-cause; the Logos or the “Word” of the hidden Divine Thought. The “Self-Existent” is the same as the Kabalistic Adam Kadmon, which is the personification of the manifested Logos – the synthesis of the Ten Sephiroth or manifestations of Deity.
Adam-Kadmon means the Heavenly Man which is sexless or androgynous. This attribute of the “Self-Existent” is referred to by the Hindus as the androgynous Manu Swayambhuva which is the synthesis of the Manus just as Adam-Kadmon is the synthesis of the Sephiroth. Exoterically it is personified as the androgynous Adam of Genesis chapter 1 created in the image of God.
Manu-Swayambhuva, the Self-Existent and androgynous, separates to become male and female, “Brahma-Viraj” and “Vach-Viraj”, just as the Kabalists have Adam-Kadmon separating into Jah-Hovah, male and female, or the Adam and Eve of Genesis. Vach is named “Savriti” the mother of the gods and all living, just as Eve is called the ‘mother of all living’.
Metaphysically, the duality is symbolic of the differentiating material universe and the emanating creative spiritual forces. Pertaining to the anthropogenesis and physiological evolution of humanity it is the eventual separation of the sexes from a hermaphroditic condition, a time when, as suggested in Genesis 4:26, men began to call themselves by the name Jah-hovah or males and females.
The Kabalistic meaning of the texts found in The Book of Enoch and The Book of the Generations of Adam is an interpretation not generally known to Jews uninitiated into the Kabalistic mysteries or to Christians who adopted the literal exoteric Mosaic account of the creation of Man from Genesis in the Old Testament without access to its esoteric significance.
In summary, the record of the Divine origin of Humanity can be found symbolized in the sacred Hindu and Jewish texts, when read in the light of the teachings of The Secret Doctrine. According to the Kabalistic interpretation of Genesis, Jehovah (Jah-Hovah) is the personified symbol and generic name for a hierarchy of intelligent creative forces, as well as the name of a new race of humanity. The Adam of the first chapter of Genesis is the purely spiritual divine archetypal and androgyne Adam-Kadmon (Yod-cheva), the creative Deific origin of the Sephiroth, spiritual hierarchies of intelligences. The later and lower Jehovah represents the terrestrial races of humanity; who are the reflection on the objective plane of their spiritual creators.
As H.P. Blavatsky states:
“In the Book of Enoch we have Adam, the first divine androgyne, separating into man and woman, and becoming JAH-HEVA in one form, or Race, and Cain and Abel (male and female) in its other form or Race – the double-sexed Jehovah – an echo of its Aryan prototype, Brahmâ-Vâch. After which come the Third and Fourth Root-Races of mankind – that is to say, Races of men and women, or individuals of opposite sexes, no longer sexless semi-spirits and androgynes, as were the two Races which precede them. This fact is hinted at in every Anthropogony. It is found in fable and allegory, in myth and revealed Scriptures, in legend and tradition. Because, of all the great Mysteries, inherited by Initiates from hoary antiquity, this is one of the greatest.” (“The Secret Doctrine”, vol. II, pp. 124-125.)
000
The article “The Divine Origin of Mankind” was published in the associated websites on 15 July 2021. It is based on the content of “The Secret Doctrine”, Vol. II, pp. 124-129.
000
Read more:
* The Meaning of a Pandemic.
* Human Ethics and Earthquakes.
* Humanity Is In The Making.
* On the Proem of The Secret Doctrine.
000