The Armour of the Wise Man is His Honest
Thought, And Simple Truth His Utmost Skill
Sir Henry Wotton 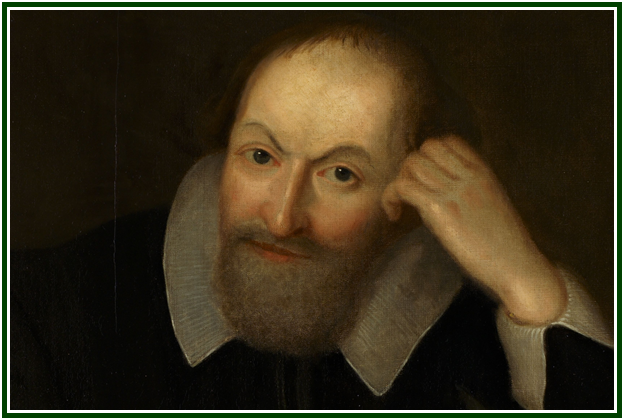 Sir Henry Wotton (1568-1639): an English author, diplomat and politician
How happy is he born or taught,
That serveth not another’s will;
Whose armour is his honest thought,
And simple truth his utmost skill;
Whose passions not his masters are;
Whose soul is still prepar’d for death,
Untied unto the world by care
Of public fame or private breath;
Who envies none that chance doth raise,
Nor vice; who never understood
How deepest wounds are given by praise;
Nor rules of state, but rules of good; [1]
Who hath his life from rumours freed;
Whose conscience is his strong retreat;
Whose state can neither flatterers feed,
Nor ruin make accusers great;
Who God doth late and early pray,
More of His grace than gifts to lend;
And entertains the harmless day
With a well-chosen book or friend;
This man is freed from servile bands
Of hope to rise, or fear to fall;
Lord of himself, though not of lands;
And having nothing, yet hath all.
NOTE:
[1] “Nor rules of state, but rules of good”: which means, “Nor understood rules of state, but rules of goodness”. (CCA)
000
The poem “The Character of a Happy Life” is reproduced from “A Book of English Poetry”, collected by G. B. Harrison, Penguin Books, 416 pp., 1974, see pp. 76-77. It was also published at the July 2016 edition of “The Aquarian Theosophist”, pp. 15-16.
000
In September 2016, after a careful analysis of the state of the esoteric movement worldwide, a group of students decided to form the Independent Lodge of Theosophists. Two of the priorities adopted by the ILT are learning from the past and building a better future.
000