The Enduring Foundation of
Our Nature is Beyond Space and Time
Steven H. Levy 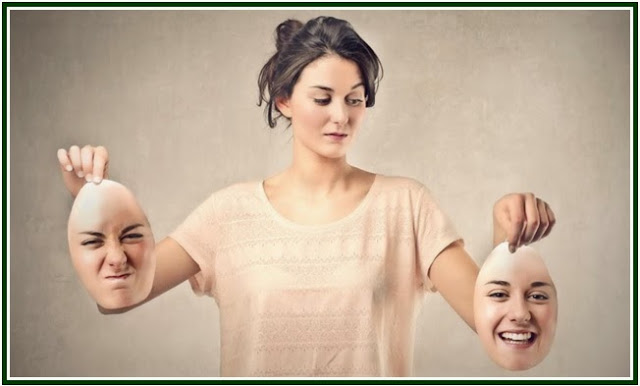 How can one know the real from the unreal, the true from the false? Only by regular pursuit of a path of self-development and guarding oneself against the causes of deception can one achieve this goal. This two-fold path requires self-study and self-discipline. In order to guard oneself against the causes of deception one must know what they are, where they originate and where they are likely to exert their influence.
In one sense, the chief cause of deception originates from without and influences the unwary disciple through the senses.  Mistrust thy senses; they are false, teaches Krishna in “The Bhagavad-Gita”.  In Hindu and Buddhist philosophy, change is considered to be the greatest foe.  Maya is the great deceptive illusion.  It includes all that is subject to change, and has a beginning and an ending.  Sat is the Sanskrit name for the one reality that is ever-present, changeless and eternal. We have no control over this cause of deception since, being one with manifested nature, we are continuously changing and therefore as illusionary and unreal as any other object in the manifested universe.
In another sense, the chief cause of deception originates from within and influences the unwary disciple through the mind. As it is written in “The Voice of The Silence”, “… the pupil must seek out the Rajah of the senses, the thought-Producer, he who awakes illusion. The Mind is the great Slayer of the Real. Let the Disciple say the Slayer.”  (Theosophy Co. edition, pages 1-2).
The name for this deception is “Great Heresy”, attavada, the sin of separateness and personality.  As explained in the footnote on page 4, it is “the heresy of the belief in Soul, or rather in the separateness of soul or Self from the One Universal Infinite Self.”  We have control over this cause of deception because there is the essential spiritual nature of every being, “Self”, which is one and identical with the One Universal SELF.  But without knowledge of it we are lost.
The deception from without – change – and the deception from within – separateness – ultimately meet in the mind.  The disciple who is in reality the Human Ego, Manas, must renounce the influence of the inner and outer deception and turn towards direct knowledge of the One Self.  This is to be achieved by self-induced and self-devised effort. All our daily self-contemplation, writing, reading, purification of motives, self-study, self-discipline and correction, planning of outer work, and service to others are selected with this one all encompassing aim and sacred duty in view.
This is the slow steady progress of “raising the self by the Self”. One cannot raise oneself without lifting to some degree all other beings and making oneself better able to help nature in its divine cyclic manvantaric task. That is one reason why the fixed time spent every day to concentrate on this goal is so sacred and vitally important.  As everything in nature evolves gradually, our self-induced spiritual evolution is the steady work of many years and lifetimes.
This is a difficult path. The effort towards self-development requires that one keep trying to live up to the teachings.  The “Notes on the Bhagavad-Gita” is a wonderful treasure chest of pearls of wisdom. Relevant to this subject, W.Q. Judge writes in the second chapter:
“But we ought to set up a high ideal at which to aim, for a low one gives a lower result at the expense of the same effort.  We should not put before us an aim less than the highest merely because it seems that our success will not be as great as we think it ought to be.  It is not so much the clearly perceived outward result that counts, as the motive, effort, and aim, for judgment is not passed upon us among the things of sense where human time exists, but in that larger sphere of being where time ceases, and where we are confronted by what we are  and not by what we have done.  That which we have done touches us only in mortal life among the delusions of material existence; but the motives with which we live our lives go to make up our greater being, our larger life, our truer self.” (Theosophy Co. edition)
The enduring foundation of our nature is on the inner plane of our being beyond space and time as we know it, just as the real foundation of the Theosophical Movement is beyond the physical vehicles that temporarily exist in space and time.
000
In September 2016, after a careful analysis of the state of the esoteric movement worldwide, a group of students decided to form the Independent Lodge of Theosophists, whose priorities include the building of a better future in the different dimensions of life.
000