There Is a Time for Strengthening Self-Discipline
Carlos Cardoso Aveline 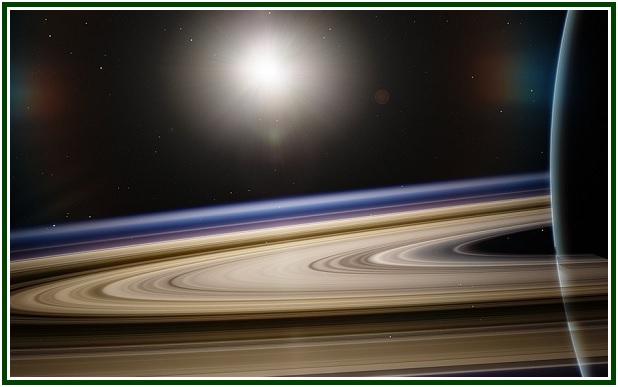 As a teacher, the planet of the rings stimulates a sense of moral duty
Just as the other planets in our solar system, Saturn is spiritually alive. Its directing Soul is seen as an inner Master of Time and Karma. It inspires us with self-responsibility. It transmits a sense of order and discipline.
Anyone who studies the occult and astrological influence of Saturn may arrive to this simple, two-sentence personal motto:
“All that is correct I do, within my possibilities. All that I do is correct, within my possibilities.”
The first sentence of the motto points to duty and good-will. The second one, to self-respect.
A deep feeling of self-esteem is necessary, for it entitles the student to fulfil his own dharma, his higher potentiality and soul duty. By believing in himself, the pilgrim has the strength to go ahead and challenge difficulties.  As he becomes aware of his limitations, on the other hand, he obtains a realistic view of life.
Saturn is responsible for forcing individuals to see and correct their mistakes. [1]
Its lessons usually unfold in gradual and slow ways, producing long-term results. Through pain – psychological and physical – one ceases to persist with mistakes and begins to move away from ignorance, towards self-redemption.
Before a Bright Dawning
Ups and downs are part of life and must be accepted as such.
Every time humanity underestimates its moral duties before the law of life, it must face challenging obstacles and undergo difficult days of transition. Moral decay produces physical destruction. One must be grateful for that. The stern law saves mankind whenever it begins to fall.
Sudden change is part of evolution. Just before a bright dawning, night can be very dark. The most obscure parts of a cycle silently prepare the brightest.  The stern presence of generous Justice is often unseen. Each time the Law seems to be too severe, it is secretly helping us in ways that are difficult to perceive.
Many feel that Life is sometimes unfair if seen in the short term. There is no doubt that injustice occurs. Unmerited suffering is a fact in Nature. H. P. Blavatsky made that clear and the fact must not be forgotten.[2] Yet every injustice that could not be prevented is but a side-effect and will be compensated in due time, under renewed circumstances. There is no need to worry too much about that. It is enough to do what one can in the practice of right action, which gradually removes the Causes of injustice.
While trying to remove the source of pain, one must understand that the substance of Life consists of chains of causes and effects.
In the process of such an interdependent causation, psychological pain is nurtured and expanded by one’s attachment to the lower-self and short-term events.
Personal emotions are subconscious and semi-intelligent. They play tricks to call one’s attention. They boycott one’s attempts to transfer the focus of consciousness to the higher aspects of life. There must be a firm renunciation to selfish feelings, if one is to remove the bad habits that make one’s lower self a prisoner of ignorance.
The Illusion of Personality
If Life is about learning, pain is one of our teachers.
However, while suffering is part of life, one can always observe and leave aside the mechanisms of attachment to pain, which work through self-pity, unnecessary fear-for-oneself and so on.
Freedom from pain comes from seeing the illusion of personality and from transcending its tedious succession of short term trivialities. The yoga of duty helps us along the ascending path to bliss.
Suffering is not something to which one should get masochistically attached to. Once the lesson is learned, it’s time to say good-bye to psychological pain. As long as the lesson is not learned, one should look for it and make an effort to understand it and act accordingly. This is a tenet the theosophical movement should teach in ways that are as clear as possible.
NOTES:
[1] See the article “The Bright Side of Saturn”.
[2] Read “If You See an Injustice, Don’t Blame the Victim”.
000
The above text was published in the associated websites on 14 April 2020. It combines and expands two notes anonymously published by the author in the December 2015 edition of “The Aquarian Theosophist”, pages 10-11.
000
Read the article “The Law of Symmetry”. Invite your friends to take a look at “If You See an Injustice, Don’t Blame the Victim”.
000