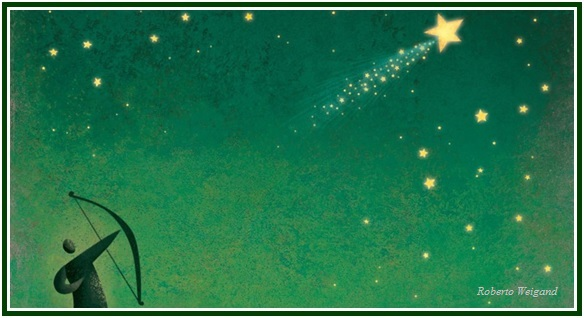 Along the path to universal wisdom, we get to be able to find a growing number of mistakes in those who surround us. This is due to the fact that one’s way of looking at life becomes sharper.
By observing life as it is now and looking at it from the point of view of human potentiality for perfection, we realize that there is a long path ahead of us all. One must not delude oneself with the dream of quick progress: humbleness is important. The other extreme should also be avoided. It is too easy to get impressed by someone else’s mistakes, instead of struggling to improve our own wisdom. Criticism of the mistakes of others must be made with detachment. We must ask ourselves:
“Am I stimulating the good in the other people? Do I have optimistic thoughts about them?”
Preserving Generosity in One’s Heart
One should not be gullible. Criticism, once it is based on realism and common sense, is most important. Encouraging the best in people includes a degree of severity. Yet we also must not exaggerate in criticism or anger, and groundless suspicions have to be avoided.
A systematic lack of confidence in others results from a lack of confidence in ourselves. It may also derive from personal pride. True self-confidence allows us to have a bright view of Life.
Wisdom avoids both credulous acceptance and automatic rejection. While this is not an easy principle to live by, we can always keep this idea in mind and learn from observing the results of our attempts.
Mere Knowledge Does Not Heal Suspicion
A Mahatma wrote these words on the process of groundless suspicions:
“We are not permitted – come what may to offer [occult knowledge] as a remedy against, or to cure people from suspicion. They have to earn it for themselves, and he who will not find our truths in his soul and within himself – has poor chances of success in Occultism. It is certainly not suspicion that will mend the situation for it is – ‘….. a heavy armour, and with its own weight impedes more than it protects’.” [1]
In another letter, the Master says:
“Beware then, of an uncharitable spirit, for it will rise up like a hungry wolf in your path, and devour the better qualities of your nature which have been springing into life. Broaden instead of narrowing your sympathies; try to identify yourself with your fellows, rather than to contract your circle of affinity.” [2]
The student of esoteric philosophy must transcend blind belief while avoiding the opposite trap of thoughtless skepticism or automatic denial.
The pilgrim gets rather alone in his lower self in the same proportion as he attains a consciousness of his unity with all Life on the higher levels of consciousness. He has to preserve a respectful detachment with regard to people. Detachment means no rejection and no attachment. It results from a love of the Absolute and an identity with the Cosmos.
It is wise to admit that everyone makes mistakes, and learn our own lessons. Time, the great Teacher, leads us along the road to wisdom. We expand our attention as we listen to the invisible Master and spiritual discrimination can only exist in the presence of good will. The theosophical movement is not a community of people who know: it is a community of people who learn.
NOTES:
[1] “The Mahatma Letters”, 1926 edition, published by T. Fisher Unwin Ltd., in London, UK, 493 pp., see Letter LXII, p. 355. The book is available in PDF at our associated websites. The page is the same in the TUP edition of 1992.
[2] “The Mahatma Letters”, see Letter LXVI, p. 367.
000
An initial version of the above text was first published at the October 2015 edition of “The Aquarian Theosophist”, pp. 14-15. It had no indication as to the name of the author.
000
In September 2016, after a careful analysis of the state of the esoteric movement worldwide, a group of students decided to form the Independent Lodge of Theosophists, whose priorities include the building of a better future in the different dimensions of life.
000