The Blessings Hidden Behind an Effort
Joana Maria Pinho 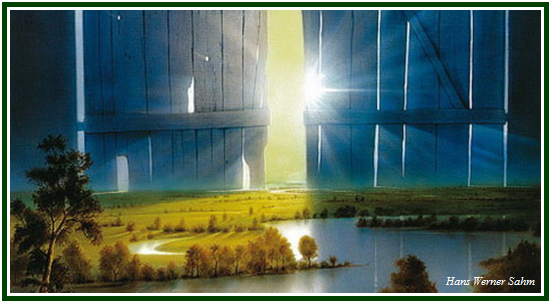 As we study esoteric philosophy we come to understand that Ethics is at the essence of theosophy.
Knowledge, wisdom and service to mankind spring from an ethical life and are developed at the same time as we connect with the higher self and make a stronger effort to express it in the different dimensions of our life.
Being an ethical person demands sincerity in every aspect of life. Trying to act in a correct way is above all fighting personal desires and illusions. In order to win the inner battle we need courage, discernment and humility to see our mistakes and correct them. The correction of faults strengthens our connection to the higher self.
In order to express ethics we need to be the ethics ourselves, and this occurs when we put aside selfish views of life. Helena Blavatsky wrote:
“We need all our strength to meet the difficulties and dangers which surround us. We have external enemies to fight in the shape of materialism, prejudice, and obstinacy; the enemies in the shape of custom and religious forms (…). There are more insidious foes, who ‘take our name in vain’, and who make Theosophy a by-word in the mouths of men and the Theosophical Society a mark at which to throw mud. They slander Theosophists and Theosophy, and convert the moral Ethics into a cloak to conceal their own selfish objects. And as if this were not sufficient, there are the worst foes of all – those of a man’s own household, – Theosophists who are unfaithful both to the Society and to themselves.” [1]
“Society” here means “theosophical movement”.
Danger and opportunity go together. A Master of the Wisdom wrote to some theosophists:
“… Look to the future (…). If your eyes were opened, you might see such a vista of potential blessings to yourselves and mankind (…) as would fire with joy and zeal your souls!” [2]
The bright future is near. At each new effort to live ethics, it becomes in part the present, and sorrow gives space to bliss.
NOTES:
[1] “Five Messages”, a pamphlet with texts by Helena P. Blavatsky, edited by the Theosophy Co. and available in PDF in our associated websites. See the Second Message, pp. 13-14.
[2] “Letters From the Masters of the Wisdom”, edited by C. Jinarajadasa, TPH, India, 1973, First Series, Letter 20, pp. 51-52. Reproduced from the book “The Fire and Light of Theosophical Literature”, by Carlos Cardoso Aveline, The Aquarian Theosophist, 2013, 255 pp., p. 228.
000
The above text is reproduced from the July 2015 edition of “The Aquarian Theosophist”, pp. 3-4.
000
In September 2016, after a careful analysis of the state of the esoteric movement worldwide, a group of students decided to form the Independent Lodge of Theosophists, whose priorities include the building of a better future in the different dimensions of life.
000