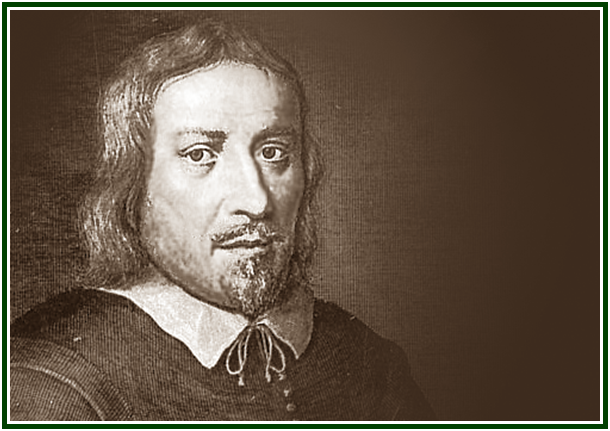 A portrait of J. Boehme (1575-1624)
A selfless sacrifice may open room for real change. In the 17th century, for instance, Quirinus Kuhlmann – a student of Jacob Boehme’s philosophy – travelled to Moscow and started preaching the mystical doctrines of that German thinker, which are theosophical in essence.
Kuhlmann was soon denounced to the Russian authorities as a heretic. He was taken to prison, tortured, and finally killed in 1689. [1]
By the second half of the 18th century, however, things had changed. Jacob Boehme was now among the most influential Western philosophers in Russia, as N. Lossky writes in his “History of Russian Philosophy”.[2]
Masonry was also popular then among higher classes in Russia. And this was not an isolated fact.
While the exact worldwide impact caused by Boehme’s life is difficult to calculate, it is certainly significant. In “The Secret Doctrine” [3], H.P. Blavatsky says – quoting some other source – that Isaac Newton derived all his knowledge of gravitation and its laws from Jacob Boehme. She says Boehme “was the nursling of the genii (Nirmanakayas) who watched over and guided him”.
A poor and humble man, Jacob Boehme was a shoemaker by profession. He studied Paracelsus and other pioneering thinkers, and is seen as one of the main “theosophers” who lived before Russian thinker Helena P. Blavatsky and helped prepare her work.
Nicolas Berdyaev writes:
“Jacob Boehme, beyond a doubt, is one of the greatest of Christian Gnostics. I am using the word not in the sense of the heresies of the opening centuries of the Christian era, but to indicate a wisdom grounded in revelation and employing myths and symbols rather than concepts – a wisdom much more contemplative than discursive. Such is religious philosophy, or theosophy.” [4]
William Q. Judge, one of Blavatsky’s disciples, says in an article about Boehme:
“Born a Christian, he nevertheless saw the esoteric truth lying under the moss and crust of centuries, and from the Christian Bible extracted for his purblind fellows those pearls which they refused to accept. But he did not get his knowledge from the Christian Scriptures only. Before his internal eye the panorama of real knowledge passed. His interior vision being open he could see the things he had learned in a former life, and at first not knowing what they were was stimulated by them to construe his only spiritual books in the esoteric fashion. His brain took cognizance of the Book before him, but his spirit aided by his past, and perchance by the living guardians of the shining lamp of truth, could not but read them aright.”[5]
It is said that every effort for the higher good of mankind produces its fruits at some level of Karma. Jacob Boehme’s life and writings constitutes one shining example of that.
NOTES:
[1] Kuhlmann was born on February 25, 1651. His work and death are mentioned in the two-volume work “Histoire de la Philosophie Russe”, by B. Zenkovsky, Librairie Gallimard, Paris, 1952, Tome I, pp. 40-41.
[2] “History of Russian Philosophy”, N. Lossky,  George Allen and Unwin Ltd, London, first published in 1952, 416 pp., pp. 10-11. For his influence on Vladimir S. Soloviev, see p. 131. On Sergius Bulgakov, p. 204. On Nicolas Berdyaev, p. 235.   A reference to the way Russian philosopher S. L. Franck sees an aspect of Boehme’s intuition is on p. 277.
[3] “The Secret Doctrine”, H. P. Blavatsky, Theosophy Co., Los Angeles, volume I, p. 494. On Boehme, see also “The Secret Doctrine”, volume II, p. 630.
[4] See the book “Six Theosophic Points”, by Jacob Boehme, with an Introduction by Nicolas Berdyaev, Ann Arbor Paperbacks,  the University of Michigan Press,  first edition,  1958,  208 pp., page V.
[5] “Theosophical Articles”, William Q. Judge, Theosophy Co., Los Angeles, 1980, volume I, p. 271. The title of the article is “Jacob Boehme and the Secret Doctrine”.
000
An initial version of the above article was published at the June 2013 edition of “The Aquarian Theosophist”, p. 15.
000
In September 2016, after a careful analysis of the state of the esoteric movement worldwide, a group of students decided to form the Independent Lodge of Theosophists, whose priorities include the building of a better future in the different dimensions of life.
000