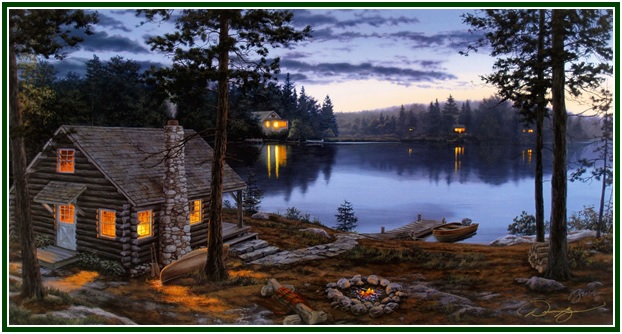 000000000000000000000000000000000000000
A 2018 Editorial Note
The following text is reproduced from Letter
49 in “The Mahatma Letters”.  The fragment
starts at the lower half of p. 282 and goes until
two lines past the half of p. 284. The volume with
the Letters is available at our associated websites.[1]
The article is the partial reproduction of one long
paragraph. It was divided in smaller paragraphs so
as to make it easier to have a contemplative reading.
(Carlos Cardoso Aveline)
000000000000000000000000000000000000000000
The Occult Science is not one, in which secrets can be communicated of a sudden, by a written or even verbal communication. If so, all the “Brothers” should have to do, would be to publish a Hand-book of the art which might be taught in schools as grammar is.
It is the common mistake of people that we willingly wrap ourselves and our powers in mystery – that we wish to keep our knowledge to ourselves, and of our own will refuse – “wantonly and deliberately” to communicate it.
The truth is that till the neophyte attains to the condition necessary for that degree of Illumination to which, and for which, he is entitled and fitted, most if not all of the Secrets are incommunicable. The receptivity must be equal to the desire to instruct. The illumination must come from within. Till then no hocus pocus of incantations, or mummery of appliances, no metaphysical lectures or discussions, no self-imposed penance can give it. All these are but means to an end, and all we can do is to direct the use of such means as have been empirically found by the experience of ages to conduce to the required object.
And this was and has been no secret for thousands of years. Fasting, meditation, chastity of thought, word, and deed; silence for certain periods of time to enable nature herself to speak to him who comes to her for information; government of the animal passions and impulses; utter unselfishness of intention, the use of certain incense and fumigations for physiological purposes, have been published as the means since the days of Plato and Iamblichus in the West, and since the far earlier times of our Indian Rishis. How these must be complied with to suit each individual temperament is of course a matter for his own experiment and the watchful care of his tutor or Guru. Such is in fact part of his course of discipline, and his Guru or initiator can but assist him with his experience and will power but can do no more until the last and Supreme initiation.
I am also of opinion that few candidates imagine the degree of inconvenience – nay suffering and harm to himself – the said initiator submits to for the sake of his pupil. The peculiar physical, moral, and intellectual conditions of neophytes and Adepts alike vary much, as anyone will easily understand; thus, in each case, the instructor has to adapt his conditions to those of the pupil, and the strain is terrible for to achieve success we have to bring ourselves into a full rapport with the subject under training.
And as, the greater the powers of the Adept the less he is in sympathy with the natures of the profane who often come to him saturated with the emanations of the outside world, those animal emanations of the selfish, brutal, crowd that we so dread – the longer he was separated from that world and the purer he has himself become, the more difficult the self-imposed task. Then – knowledge, can only be communicated gradually; and some of the highest secrets – if actually formulated even in your well prepared ear – might sound to you as insane gibberish, notwithstanding all the sincerity of your present assurance that “absolute trust defies misunderstanding.” This is the real cause of our reticence. This is why people so often complain with a plausible show of reason that no new knowledge is communicated to them, though they have toiled for it for two, three or more years.
Let those who really desire to learn abandon all and come to us, instead of asking or expecting us to go to them. But how is this to be done in your world, and atmosphere? “Woke up sad on the morning of the 18th.” Did you? Well, well, patience, my good brother, patience. Something has occurred, though you have preserved no consciousness of the event; but let this rest. Only what more can I do? How am I to give expression to ideas for which you have as yet no language?
The finer and more susceptible heads get like yourself, more than others do, and even when they get a little extra dose it is lost for want of words and images to fix the floating ideas. Perhaps, and undoubtedly you know not to what I now refer to. You will know it one day – Patience. To give more knowledge to a man than he is yet fitted to receive is a dangerous experiment; and furthermore, other considerations go to restrain me.
The sudden communication of facts, so transcending the ordinary, is in many instances fatal not only to the neophyte but to those directly about him. It is like delivering an infernal machine or a cocked and loaded revolver into the hands of one who had never seen such a thing. Our case is exactly analogous. We feel that the time is approaching, and that we are bound to choose between the triumph of Truth or the Reign of Error and – Terror.
NOTE:
[1] Click to see “The Mahatma Letters”.
000
The above text was published at our associated websites on 4 December 2018.
000
On 14 September 2016, after examining the state of the esoteric movement worldwide, a group of students decided to found the Independent Lodge of Theosophists. Two of the priorities adopted by the ILT are learning from the past and building a better future.
000