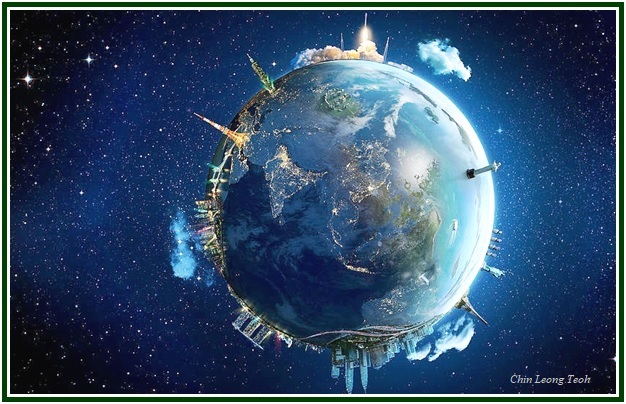 “For the sake of the soul
alone, the Universe exists.”
(Patanjali, II, 21)
“The evil that has not yet
taken place should be avoided.”
(Patanjali, II, 16)
Our civilization as a whole seems to face the challenges of discipleship, which are metaphorically described in the many ancient “journeys of the hero”, from the gospels of Jesus Christ to the 12 Labors of Hercules.
Every truth-seeker must face them in one way or another.
The concept of “karmic fever” or Pledge Fever, used in the modern theosophy of Helena Blavatsky, is useful as we look at human history.
Once the soul gets in contact with true wisdom and becomes a disciple, its horizon widens so much that the subconscious garbage accumulated as a result of individual and collective ignorance comes to the surface in disturbing ways. Then common sense may seem to be lost for a while. Absurdity can spread. The old ways of life do not work any longer, yet the new ways have not emerged. A fever occurs until the soul gets better acquainted with the broader horizons. Transitional times are confusing. The number of idiotic things done during the “testing” period is sometimes beyond description.
Evolutionary time is measured by eras, in theosophy, not by days or weeks. The “pledge fever” of our mankind and the presence of absurdities in its History are not quite new. Yet there are different phases in the karmic fever of learning that accompanies the journey of mankind through the lifetime of our globe.
In the first half of the 21st century, falsehood, crime, lust, violence, environmental pollution, abortion and other forms of disrespect for life seem to dominate the Zeitgeist or “spirit of the time”. These diseases can be seen as sociological forms of “reaction to wisdom”. They constitute a karmic fever through which the organism of our civilization struggles between two alternatives:
1) Purifying itself and attaining wisdom through self-restraint and voluntary simplicity; or
2) Worshipping irresponsibility and destruction, thus preparing its own end, which will open the door of time to a new and better rebirth.
Every effort in the direction of a planetary ethics has a healing effect, as long as it starts from one’s individual life and strengthens the relation of each citizen with his own spiritual soul.
Short term appearances are deceiving. It is correct not to pay too much attention to them. Through a karmic fever and its seeming absurdities, an organism which is destined to live expels undesirable substances – like ignorance -,  purifies itself and gets ready to start living indeed in a new cycle.
For this reason, whenever the emotions, images and news that surround you are negative, it is the time to compensate that by forcefully concentrating your mind on positive, healthy and inspiring ideas.
Wrong ideas ought to be replaced by its opposites. (Patanjali, II, 33-34)
If utter futility lives nowadays side by side with despondency, psychological depression and brutal forms of violence, then the right time has come for one to think in the most elevated and correct way, and to work for that which is good and eternal.
When perverted actions are publicized and presented as normal and every act of generosity is seen with skepticism, this is the right moment to think of sanctity; to act according to Ethics, and contemplate with invincible strength the purifying ideal of universal brotherhood.
There is a blessing in the feeling of love for truth in itself, however imperfectly we can grasp it. Circumstances cannot define us. The obstacles exist for the strengthening of our will to do good.
000