The Testimony of a Hindu Student, With a Letter
From the Founder of the Theosophical Movement
Ananda 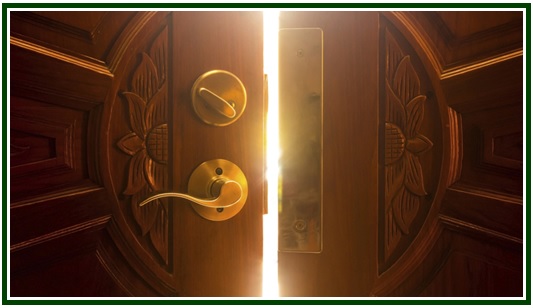 00000000000000000000000000000000000000
Editorial Note:
The following text mentions the 1891
expectations that HPB’s monad would come
back soon in another body. It is reproduced
from “The Theosophist” magazine, India,
August 1891 edition, pp. 671-672. Original
title: “Experiences of a Hindu About HPB”.
We add a few explanatory notes.
(Carlos Cardoso Aveline)
000000000000000000000000000000000000000000
As early as March 1882, the existence of the Theosophical Society and its Founders came to my knowledge, when I was employed at Udayagari, Nellore District, Madras Presidency.
As I had all along from my youth, a desire for mystic study and had even spent many months in the in the company of men supposed to be Yogis, this news especially about H.P.B. and her wonderful experiences caught me like a jungle fire. Immediately I came back to Nellore, where there was a prospect of a branch of the Theosophical Society being opened. When this branch was inaugurated in May 1882, I became one of its earnest members. It was peculiarly fortunate in having both the Founders present at its opening. Somehow I was closely drawn to the Founders. Only at that time at the request of Col. [ Henry] Olcott, P.T.S. [1], an article entitled “Stone Shower” was contributed by me to the Theosophist. Peculiar attraction for H.P.B. grew in me and I was all the time to be seen at her side.
When the Founders left the place for Guntur, I engaged myself in the study of Theosophical books. As a consequence of such study I began to correspond with D.K. Mavalankar, who was then the Recording Secretary of the Theosophical Society. He suggested to me whether I could devote myself for the cause and work at the Head-quarters. This news was quite welcome to me, and I began to prepare myself for the ordeal, so much so that I made myself blind as to the future consequences that were in store for me. In July 1883, when I was on my duty at Cuddapah, I had sent my wife away for delivery. I applied for six months leave, but it was refused. My determination to work for the cause was so very strong that I resigned the post and joined the Head-quarters staff on the 7th August 1883. Then H.P.B. was at Ooty. On hearing of my arrival, she wrote to me a very kind letter, embodying necessary instructions, and since she knew that I came away without informing my people, and bad a longing to become like Damodar and to prepare myself for Chelaship and Yogi life, H.P.B. addressed me as follows:
“You have to learn thoroughly not only your own Philosophy but the Philosophies of other nations also. Read and study ..… you must devote two or three years to study and especially Sanskrit ..… It is your inner life and your action that will draw to you such or another Guru. You may consider in the meantime both our Gurus as watching you. Do not close all and every door behind you at present. You may find yourself too weak or incompetent for the heavy task. You may repent. Do not renounce your worldly possessions or make yourself for the future in case you should resume your Grihasta [2] life, your brother’s dependent and slave. MASTER says to impress this strongly on your mind. Have, in case anything happens, a means to return to your worldly life without much difficulty. Meanwhile study as much as you can Esoteric Theosophy as given out to the world and learn to understand it as Theosophists ought … It is always good to keep to your own mesmeric or magnetic influences and emanation. May all the Dhyan Chohans and Devas bless and protect you, my son. You have chosen a heavy difficult path in life before you reach Moksha on earth.”
The above extracts from her letter will clearly show how cautions she was when she meant to admit one into the right Path. From this time forward my relations with her grew more intimate and I was in her company for several years. I watched fully enough all the phenomena at Head-Quarters, knew what Colombs [3] did, and how Hodgson was misled in arriving at his one-sided conclusion about Phenomena. I patiently watched her at her bedside during her illness at the Head-quarters, the recovery from which seems to be, to my mind, a phenomenon in itself.
As Mr. [ Alfred P.] Sinnett rightly puts it, I think with him that she has been called away at this time, to work for the cause in a better body. She has left behind her ready materials enough for one or two generations to come, if her teaching is to be followed. We all must feel grateful to her and thank her, because she put herself to endless torture in her worn out garment in order to live and work for us. Now she is free. She had been ever kind to me and always addressed me, Ananda. It is only with grateful devotion to ONE whom the world has not yet begun to sufficiently understand – the mysterious personality called H.P.B. – that I pen these few lines.
Ananda.
NOTES:
[1] P.T.S. – President of the Theosophical Society. The original Theosophical Society ceased to exist, though, a few years after the death of H.P. Blavatsky. (CCA)
[2] Grihasta – A man who lives with his family. (CCA)
[3] Colombs – This is a misspelling. It should be “Coulombs”. The Coulombs received bribes from the Christian Missionaries to invent lies about H. P. Blavatsky in India. (CCA)
000
In September 2016, after a careful analysis of the state of the esoteric movement worldwide, a group of students decided to form the Independent Lodge of Theosophists, whose priorities include the building of a better future in the different dimensions of life.
000