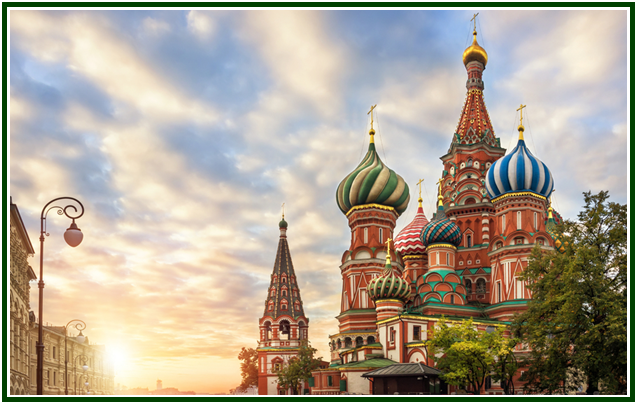 Eternal knowledge is present in the soul of nations and can be found in daily life.
From a small book of Russian proverbs, we selected eight thoughts that deserve commentary from a theosophical point of view.[1] Some of them are popular in many places around the world.
One
“Don’t spit in the well, later you will want to drink.” (p.04)
A lack of gratitude reveals a deficit in intelligence. Preserving the sources of common well-being results from self-respect.
Although it is stupid to destroy the causes of one’s own progress, it happens rather often. In order to deeply appreciate life, a certain degree of wisdom is necessary.
Two
“Don’t dig a hole for somebody else, lest you fall in it yourself.” (p.45)
Avoid being unjust to others, for whatever you sow, you harvest. Be helpful to your fellow beings, and although your path may seem to be difficult, inner satisfaction will accompany you.
Three
“Chase two hares and you’ll catch neither.” (p.37)
Killing animals is not a good idea. Besides the ethical issue, millions of persons in different continents have realized that vegetarian food leads to a longer, healthier life. However, the idea behind this popular saying deserves an analysis.
The pursuit of multiple goals is often harmless. It will not cause mental dispersion if the goals are mutually compatible, and if the fact of attaining one of them makes it easier to obtain the other. Discernment and generosity, for instance, are two such goals, just as courage and prudence, or confidence and equilibrium.
On the other hand, when two goals are irreconcilable or mutually exclusive, they generate confusion. They defeat one another, like selfish emotions combined with altruistic thoughts. There is a thousand and one ways of failing by trying to attain goals that are mutually contradictory. This is the real meaning of the third proverb.
The pilgrim must choose a clear course to follow and leave aside issues of secondary importance as soon as they clash against his central priority.
Four
“It is good to know the truth, but better to be happy.” (p.32)
The adage is wrong – if taken literally – for no one has to choose between knowing the truth and being happy. The two things need one another to exist. The way to happiness consists in attaining truth. However, the fourth axiom points to something subtler and highlights a fact that is beyond the apparent mistake. Two forms of illusion must indeed be avoided:
1) The pretense of being the owner of the truth, and
2) The attempt to force one’s opinion upon others.
Of course, a higher degree of sincerity provokes suffering and misunderstanding in a society governed by the rules of hypocrisy. But probationary pain belongs to the lower self. The bliss flows in the soul of the pilgrim at the same time as a suffering occurs on the lower levels of consciousness.
The idea is false, therefore, that one who renounces truth will be happier than he who is loyal to his conscience and has respect for facts.
One thing is certain:
“While it may seem nice to abandon realism and imagine we are the owners of truth, it is in fact much better to be truthful, humble, and experience inner happiness.”
Five
“Better a bad peace than a good row.” (p.31)
An imperfect peace is good enough, as long as it can be improved little by little: it is valuable. However, if a bad peace cannot become good and is only a time of preparation for a worse conflict, there is no advantage in postponing the Karmic adjustment.
A conflict that takes place and gets to a solution in the initial stages of resentment often prevents large-scale damage. Artificial suppression of dissent paves the way to high levels of hypocrisy, then hatred – and finally war. It is wise to re-establish justice before the problem becomes too weighty.
Six
“Don’t cut the bough you are sitting on.” (p.14)
He who has common sense thinks before acting. Any occasion is the right time to remember and protect the fundamental source of our existence. As in the game of chess, the spiritual pilgrim previously studies the consequences of his action. It is not always easy to avoid foolishness: make careful decisions, and you will not regret them.
Seven
“If the bones remain, the flesh will come again.” (p.42)
Life evolves according to the law of tides. If during difficult moments you preserve that which is essential, you will be able to make progress again in the future and take advantage of renewed opportunities as soon as they emerge.
Eight
“Strike while the iron is hot.” (p.23)
Improve your sense of timing and don’t waste energy. Things often need a high Karmic temperature to change.
The conditions necessary to real improvement are not all nice and pleasant. The pilgrim must know what his goal is and concentrate on it.
Are your object and method both noble and elevated? Are them worthy of your best self? Take, then, practical measures to build favourable circumstances. And when you have an opportunity to make significant progress, do act in a decisive way. Dedicate to your goal enough attention, and persevere.
NOTE:
[1] “Russian Proverbs”, Chris Skillen, illustrations by Vladimir Lubarov, Appletree Press, Belfast, 1994, 59 pages. The number of the page is indicated at the end of each quotation.
000
On 14 September 2016, after examining the state of the esoteric movement worldwide, a group of students decided to found the Independent Lodge of Theosophists. Two of the priorities adopted by the ILT are learning from the past and building a better future.
000