Perhaps the Time in Which
We Are Living is a Purifying Fire
A.J.H. van Leeuwen Editorial Commentary
The following article was first published at “The Theosophist”, India, in its May 1965 edition, pp. 89-100.
The fact that its author belonged to the Adyar Society is an evidence among many that the members of the several schools of Theosophical thought have made significant contributions to the esoteric movement as a whole.
This is the case of Adyar Society thinkers like C. Jinarajadasa, N. Sri Ram, I. K. Taimni, Rohit Mehta, Mary Neff, Virginia Hanson, Radha Burnier, Vicente Hao Chin, Jr., N. C. Ramanujachary and many others.
Contrast is part of life. History shows that students who are exposed to pseudo-theosophy can make significant contributions to the Cause and to the authentic theosophical literature, once their intention is noble and their writings are not based on fancy or false clairvoyance.
On the other hand, one who has the authentic teachings of theosophy as his sole master-key in philosophical studies is surely exposed to a number of mayavic possibilities, among them the danger of attachment to dead letter.
The fact, therefore, that unlike the members of Adyar Society the students of Helena Blavatsky are not directly exposed to pseudo-theosophy is no guarantee against self-illusion. Far from that: different misguiding lights surround and test them all the time.
(…)
(Carlos Cardoso Aveline)
Click here to read the article
“Disaster, a Boon and a Blessing to Man”
000 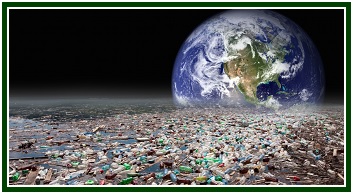 The text “Disaster, a Boon and a Blessing to Man” was published in the associated websites on 13 August 2019.
See other articles on Planetary Change and the Civilization of the Future.
Read “Old Prophecies and Atomic War”.
000
On 14 September 2016, a group of students decided to found the Independent Lodge of Theosophists. Two of the priorities adopted by the ILT are learning from the past and building a better future.
000
E-Theosophy e-group offers a regular study of the classic, intercultural theosophy taught by Helena P. Blavatsky (photo).