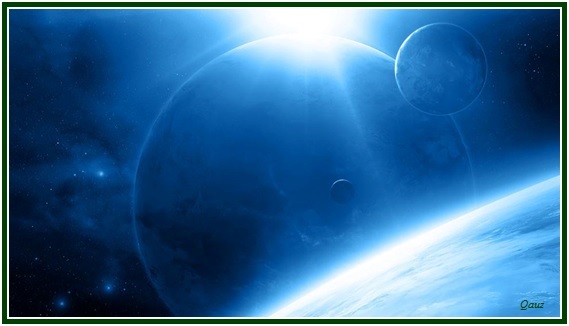 0000000000000000000000000000000000000000000000
An Editorial Note
Mathematics and Geometry have sacred
dimensions, and the following text stimulates a
geometrical perception of life. Starting from a sense of
unity with the planet Earth as a whole, it shows the direct
relation existing between three factors: 1) The attainment
of true self-knowledge; 2) The development of an impersonal
planetary vision; and, 3) The individual fulfillment of one’s
duty. As a meditation, it is closely connected to the first
seven pages in the Proem of “The Secret Doctrine”, by
Helena P. Blavatsky (Theosophy Company, Los Angeles).
“An Inner Center of Equilibrium” was first published at
“Theosophy” magazine, in Los Angeles, in its May 1922
edition, p. 221, with no indications as to its author.  An
analysis of its contents and style shows that it was written
by Mr. John Garrigues. Its original title is “A View-Point”.
(Carlos Cardoso Aveline)
00000000000000000000000000000000000000000000000000000000
At the very center of the earth there is a point of perfect equilibrium; vacillation from this point in any direction results in a loss of equilibrium, a play of unbalanced forces. This is so in every instance.
Each sphere from an atom to that of a solar system has its point of equilibrium; it is here where all forces are equalized, where harmony reigns supreme. It is here we may place our seat, neither too high, nor too low, the one spot we may call our own, not our own in any sense of personal possession, but rather in the sense of having reached that resting-place of the Supreme.
Having once found it within ourselves, we recognize it as being everywhere, we see it as That upon which all worlds rest. Having once reached it – and it is not reached by going anywhere, rather by a simple recognition of it – having reached it, we can watch the play of forces from within without, and from without within. For from this center the pairs of opposites can be seen as but the diverging, vibrant lines of force spreading outward from the center to the unlimited and unbounded circumference  of the circle,  and back again, traced upon the shadow with which the One Self clothes Itself.
Such terms as “A steady aim”, “A life’s time meditation” are meaningless until it is seen that it is one thing to act in any or every direction from this center, and quite another to permit the consciousness to follow along one or another line of force until it becomes identified with time, place and condition.  Identification with pain and pleasure, hope and despair, good and evil, is the result of such loss of equilibrium.
When this place – which is no place in time or space – is once grasped by feeling, by understanding, we then see our highest duty to consist in striving resolutely to remain at rest in that center, undisturbed by anything which may come to pass, and then acting from this center, gradually to equalize and balance all cause and effect within our sphere of action, even though it may take many incarnations to accomplish this. The so-called myth of the singing-spheres is no myth, but a wondrous reality.
From this viewpoint how absurd it seems that we should ever have desired to do the duty of another, to fill the place of another, even though that place may appear so inviting, so smooth, when compared with the disharmony and limitations which surround us.
Each within his sphere must make his own adjustments, and in making them he labours not for himself, but for all, because he sees that this center is the One Center of all. So of what use is to repine or regret, or desire to stand in any other spot or place than that at which the long roll finds us standing. Sometime, somewhere this work must be accomplished by each one. So keeping a steady heart we can “Arise!” and with unflinching determination, set about our task.
000
On the role of the esoteric movement in the ethical awakening of mankind during the 21st century, see the book “The Fire and Light of Theosophical Literature”, by Carlos Cardoso Aveline.