In Order to Live an Ethical Life,
One Must Abandon Useless Ideas
Carlos Cardoso Aveline 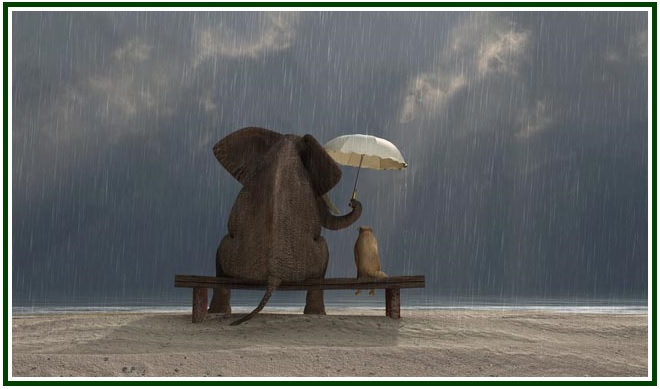 Aggressiveness is a natural function in the animal kingdom, which includes human beings.
One must examine therefore what is the role to be played by aggressiveness in the life of students of philosophy who have dedicated their lives to the ideal of Universal Brotherhood.
The baby who wants to be born must be aggressive towards the placenta that prevents his getting out from the mother’s body, into the wider world. The birth of a child is an emblem for the great initiations. A man who loves his wife will have to use some aggressiveness in order to manifest his feeling.
In agriculture, aggressiveness is necessary in order to prepare the soil for planting. After germination, one must aggressively defend the sprouts, which will be threatened by a number of hostile plants and weeds. The same applies to the agriculture of spirit, a favorite metaphor in esoteric philosophy.
For thousands of years, the pioneers of human thought have accepted no compromise with fraud and falsehood in the religious and philosophical realms. For this reason they have often been persecuted, put to death – or else accused of “intolerance”.
On a physical level, too, the nervous system of human beings needs regular forms of putting aggressiveness into practice. This is necessary for one’s equilibrium and personal balance. One must have “non-violent forms of aggressiveness” in playing football or chess, in walking, in running, in having a sincere talk, and so on.
One’s lower self must constantly agree with some things and disagree with others.  Rubbish must be expelled from one’s physical organism, as from the house one inhabits. The air we breathe and use has to be expelled from one’s lungs and body every few seconds.  As we live and learn, wrong and useless ideas must be left aside all the time.
In esotericism, however, whited sepulchres make believe they have “no aggressiveness whatsoever”. They pretend that being spiritual means never saying “no” to anyone, and never challenging mistakes of others, in order never to be challenged in their own mistakes and their hypocrisy.
Friends of truth follow the law of life and are sincere. They defend justice by ethical means. Ready to correct their own mistakes, they carefully separate the wheat and the tares.[1] A calm defense of truth against various kinds of falsehood expresses their constant feeling of brotherhood towards all.
NOTE:
[1] New Testament: Matthew 13:24-30.
000
An initial version of the article above was anonymously published in the May 2014 edition of “The Aquarian Theosophist”, pp. 13-14, under the title “Brotherhood, Love and Aggressiveness”.
000
On the role of the esoteric movement in the ethical awakening of mankind during the 21st century, see the book “The Fire and Light of Theosophical Literature”, by Carlos Cardoso Aveline.