Walking on Earth While Living in the Sky
Carlos Cardoso Aveline 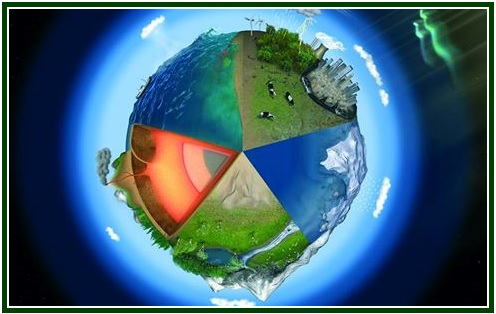 The student of philosophy may feel that he is “one”: he is not.
He is one and many. Even his vision of himself changes more often than he perceives. He has contradictory thoughts and feelings about his own being, on various levels of perception and across the different moments of life.
All states of mind, emotional factors, physical habits, circumstances and aspects of his karma are interconnected in an immediate way. “He” includes them all.
In this sense he is one.
Yet being “one” in such a context does not mean he exists as a separate being. The feeling of individual separation is a wild, if not hilarious, sort of illusion. The student is one with the universe: he is unique, but not separate. He is an individual, and yet exists in a living, dynamic unity with his solar system and the Milky Way. Mercury, Saturn and Jupiter are alive in his soul together with other celestial gods. And he is the Earth and the sand, too. He is the soil, and the sower. He must plant Good in himself and others, as he learns to practice the ancient science of divine Agriculture. Saturn, the celestial Master, teaches students to have respect for the soil.
It is unnecessarily dangerous for students to search too much for the nameless sky of contemplation. To each step towards the abstract realms of celestial Nature, there must be one step in self-purification, self-knowledge, humbleness and self-responsibility in the earthly aspects of one’s soul.
Quietism, theosophical or not, is not the way. The student must act. His outward work should be dedicated to the goal of Contemplation, and the other way around: his contemplative moments must be submitted to the daily commitment to right living on the lower planes of life.
There can be no divorce between Earth and Sky in his consciousness. There is no opposition between the soil and the stars. Our planet has always been part of the cosmic Ocean. It is a feminine celestial body in the making, who travels with her co-disciples and their Master, the Sun, through the amazing center of a little known galaxy. Our true self is part of the Sun, and the Sun gives life to all beings in our system.
000
The article “A Plurality of Integrated Steps” was first published in the September 2014 edition of “The Aquarian Theosophist”. It had no indication as to its author.
000
On the role of the esoteric movement in the ethical awakening of mankind during the 21st century, see the book “The Fire and Light of Theosophical Literature”, by Carlos Cardoso Aveline.