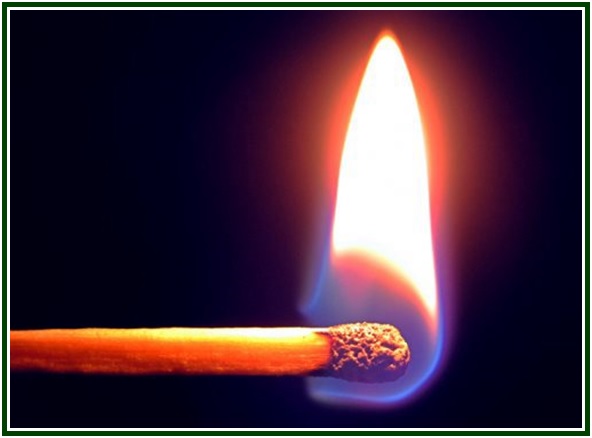 Perception of truth starts like a burning matchstick in a windy night.
The apprentice lights it in a most careful way, and the match goes out. The apprentice lights another match and the wind blows it out. The student goes on trying until he sees the box of matches is empty.  By this time, due to an apparent coincidence, a lighted lamp emerges out of nothing, ready to be used by the pilgrim.
The lamp then enlightens uncomfortable things.  “Should I put the light out?”, the student questions himself, and yet he perseveres. The light gets stronger: it shows beautiful, higher things and ugly aspects of life as well.
As the pilgrim learns to bear truth, he suspects he is surrounded by blind men. He is tempted to make believe he is blind, too, so that he can remain in touch with the consensually established delusions. He is afraid of the solitude if he follows truth. Yet he is losing his ability to support established collective falsehoods.  As he stops struggling against the feeling of solitude, he sees other people in the same situation. Mutual help starts: the light of one adds to the light of another.
The awakening gets deeper and the challenges are not small. He sees that the key to victory lies in keeping the central focus of consciousness on the ideal of right action. Secondarily he examines with rigor and severity anything that is not correct. When the pilgrim finally notices his lamp is running out of fuel, he looks to the East and, below the radiance of Venus, the morning star, he sees the unlimited light of a new day is arriving in time.
000
The above text is a 2015 translation from the Portuguese language article “Um Fósforo  Antecipa o Novo Dia”, first published in 2009.
000
On the role of the esoteric movement in the ethical awakening of mankind during the 21st century, see the book “The Fire and Light of Theosophical Literature”, by Carlos Cardoso Aveline.